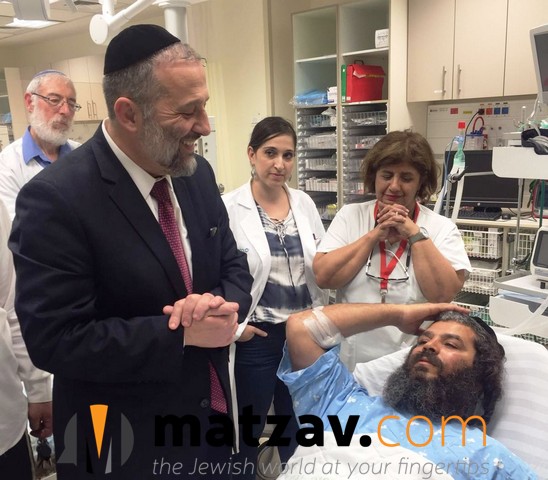 “I thought I was going to die,” the victim of Tuesday’s Palestinian stabbing attack in Petach Tikva told Israel’s Channel 2 from his bed at the Beilinson Medical Center.

The approximately 40-year-old married father-of-five, Yonatan Azarihab, recounted the frightening moments from the time he felt he was being stabbed in the neck, until turning the tables on the terrorist. 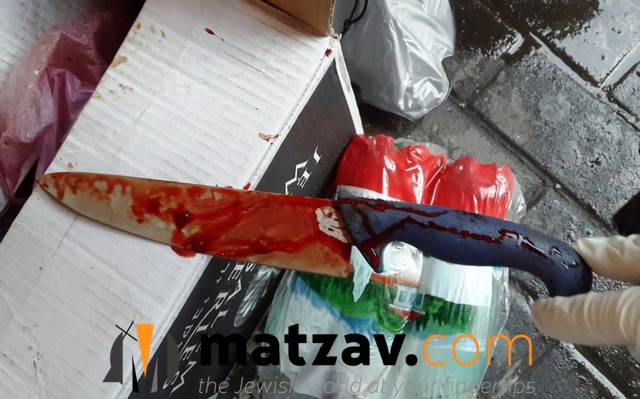 When he first felt the knife enter his body twice, he said, “I thought this was it. But then I pulled myself together. I understood it was a terrorist and that I had to fight him to keep him from killing me and other people.”

“It occurs to everyone at some point that such a thing could happen,” he said. “But we don’t obsess over it or spend all our time looking over our shoulders.”

Yonatan concluded: “I thought this was my last day [on earth], but I was given my life as a gift, pure and simple. If God hadn’t wanted me to be here, I wouldn’t be here.”

Yonatan was stabbed after entering a store in Petach Tikvah, to collect a charitable donation, according to an earlier report. As soon as he was inside, a Palestinian, later identified as a resident of Qalqilya in the West Bank, came running in after him. The assailant immediately pulled out a large knife and began stabbing the victim in his upper body.

Yonatan managed then to pull the knife out of his flesh, and flee the store, while the proprietor tackled the terrorist.

At this point, according to Channel 2, Yonatan returned to the store, picked up the knife with which he had been stabbed and began stabbing the terrorist. The shop-keeper emerged unscathed, while the victim was evacuated to the hospital in moderate condition, and the terrorist was pronounced dead within minutes.