Shukin Skver – Ramapo Town Supervisor Christopher St. Lawrence and Police Chief Peter Brower both described the actions of Paramedic Jacob Goldmunzer as “absolutely heroic” in saving a young girl’s life on Monday afternoon. They credited him with performing life saving measures that revived a nine-year-old girl who was not breathing and did not have a pulse after being hit by a van that jumped a curb. Goldmunzer, who arrived minutes after the accident, performed triage on all five victims hit by the vehicle.

“The paramedics were able to have all five victims worked upon and transported from the scene within 10 minutes of their arrival,” said St. Lawrence. “They were able to get to Westchester Medical Center at 4:20 and performed life saving services in the vehicles especially on the girl that was most critical.”

Read more at the NYACK PATCH.

Episode 3: Bringing Masechtes Eruvin to LIFE with All Daf! 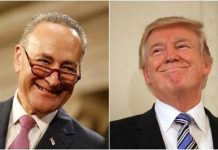