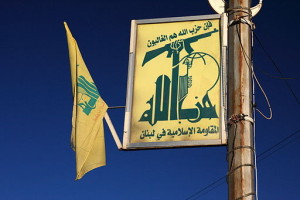 Hezbollah’s deputy leader, Sheikh Naim Qassem, without specifically mentioning the Gaza-ruling Palestinian terror group or its document, said Hezbollah “stands by the resistance that sticks to the goal of liberating the entire Palestine unconditionally.”

Qassem also made it clear Hezbollah only supports groups that insist on “the full liberation of the Palestinian territories without any preconditions.”

Hamas’s new policy document, unveiled by exiled leader Khaled Mashaal in Qatar, softened the terror group’s language on Israel while still calling for the Jewish state’s destruction. While the document calls for the liberation of “Palestine” from “the river to the sea,” it says Hamas “considers the establishment of a fully sovereign and independent Palestinian state, with Jerusalem as its capital along the lines of the 4th of June 1967, with the return of the refugees and the displaced to their homes from which they were expelled, to be a formula of national consensus.”

Israeli officials and policy experts have dismissed Hamas’s document as an attempt by the terror group to gain greater appeal among the international community and the Palestinian population.