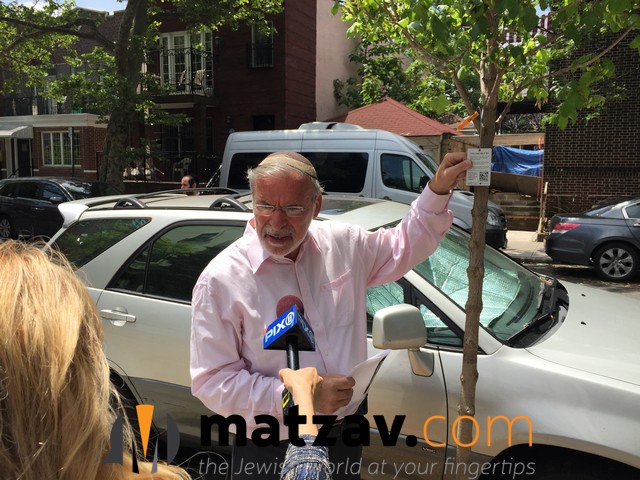 Assemblyman Dov Hikind (D-Brooklyn) blasted on Tuesday a citywide effort to impose newly planted tree on homeowners, despite notifying the Parks and Recreation Department of their objections. Hikind, along with distraught homeowners, then toured the neighborhood on to view some of the trees causing community members such anguish.

“It is absolutely ridiculous for the City to forcefully plant a tree in front of homes where homeowners don’t want them,” Assemblyman Hikind said. “Then to tell the homeowners they’re responsible for the maintenance of the tree and sidewalk? What chutzpah! The City is forcing trees down our throats.”

In addition to planting trees, the City requires homeowners to maintain the tree’s upkeep. Homeowners are asked to water their newly planted trees 15-20 gallons per week and provide a 3-inch layer of mulch. They are also responsible for keeping the area clean, and those who don’t follow city regulation could be penalized with a ticket.

After being inundated with phone calls from irritated homeowners, Assemblyman Hikind wrote a letter to the Parks Department highlighting his frustration over the forceful planting of trees. In response, the Parks Department stated that the program is part of an environment-friendly initiative to promote the beautification of NYC.

“I love trees and understand their significance to the environment,” Hikind said. “I’m all for beautifying our City too, however homeowners should have a right to decline a tree from being planted in front of their house.”

In prior years, homeowners had the option to turn down a tree by notifying the Parks Department. Those who did want a tree in front of their home were granted one on a first-come, first-serve basis.

“What changed in just a couple years?” Hikind said. “You have some elderly people in the community who have informed the Parks Department that they don’t want a tree, but received one regardless. Now they are forced to take care of the tree they didn’t want in the first place? It’s un-American.”

Hikind added, “I think the City can find enough public space and commercial areas to plant trees in an effort to better the environment. There are plenty of people who want trees, and they should get them. However, it’s morally wrong and unacceptable to force them on homeowners who don’t. I call on Mayor de Blasio to work with the Parks Department to help resolve this issue.” 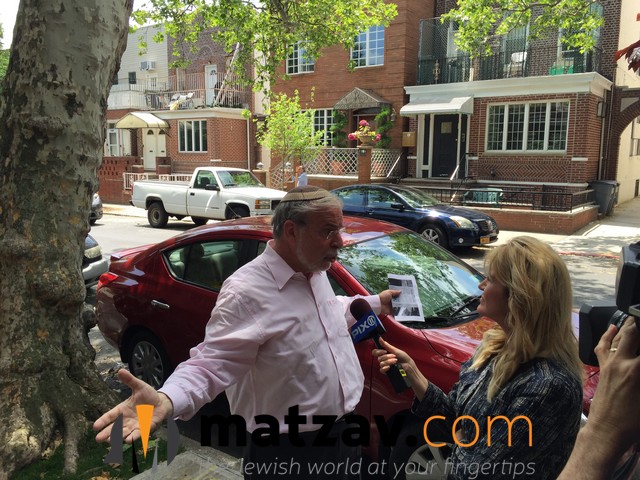