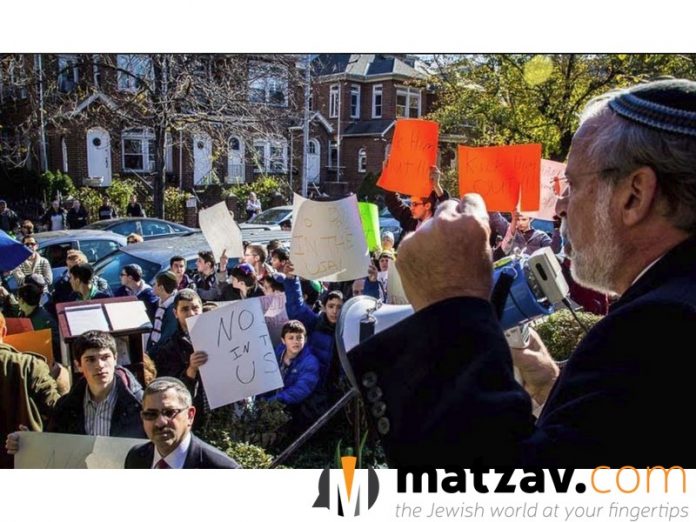 Assembly Member Dov Hikind (D-Brooklyn) is calling on President Trump to take action to deport Nazi Jakiw Palij. After more than a decade of pursuing various ways to finish a job started by the Justice Department, Hikind is pulling out all the stops in a determined effort to finally remove the Nazi camp guard from the United States.

“I’ve been reaching out to high-level members of the Trump Administration,” said Hikind, the son of Holocaust survivors who insists that the President personally take up this issue. “The rights and freedoms we enjoy in America should not extend to those who facilitated the death of countless innocent people. Palij’s presence here mocks the memory of the millions who perished. There is no question of his guilt. It is imperative that someone responsible for Nazi atrocities be held accountable for his crimes, regardless of his age. I will never rest while a Nazi lives comfortably in our country.”

During World War II, Palij worked at the Trawniki training camp, where Nazi troops were trained to carry out the extermination of Polish Jews. Thousands of innocents were murdered there. Palij came to America claiming that he was a farmer and war refugee, concealing his work as a Nazi guard, and was granted citizenship in 1957. After his past became known, he was stripped of his U.S. citizenship. His deportation order was upheld by the courts in 2004 but as of today, Palij remains a resident of Queens.

“The Attorney General has not replied, the State Department has not replied,” said Hikind. “In Queens, Jakiw Palij is laughing. He’s laughing because he has continued to evade justice for longer than most people have been alive. He’s laughing because, despite having been paid by the Nazis to murder undesirables at the Trawinki camp in Nazi-occupied Poland, he has watched the United States justice system spin in circles.

“Palij’s presence here mocks the memory of those who perished. It mocks the U.S. servicemen who fought and died to defeat the evil Nazi regime. It mocks the American justice system. I’m confident that our President wants to do the right thing and has the means to do so. It’s time for the buck to stop. It’s time for our President to show the world how murderous fiends should be regarded and disposed of. It’s time to take Jakiw Palij, this monster who is beneath contempt and unfit to breath American air, and kick him the hell out of here once and for all.”