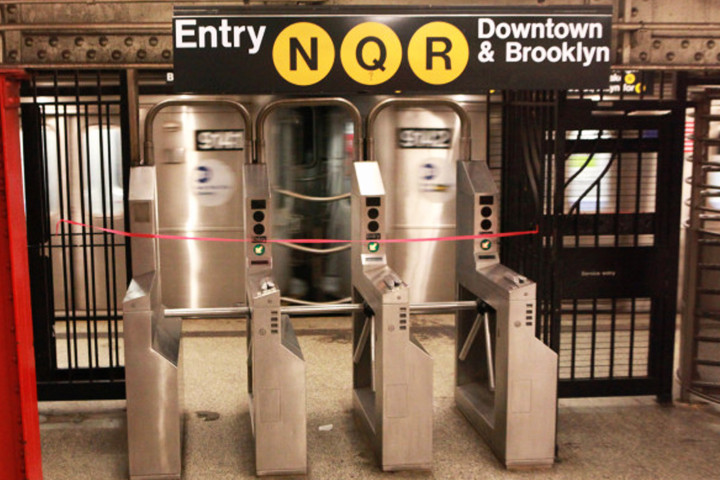 New Yorkers got a chuckle on Thursday morning when Hillary Clinton rode the subway. On her way into the station, Clinton had a little bit of trouble swiping her MetroCard: it took five goes for her to finally get the green light and pass through the turnstile.

THE GUARDIAN points out that there was another problem with Clinton’s ride aboard the 4 Train, one that the media all but ignored: Hillary Clinton broke the subway rules, and did so within full sight of New York City officials and law enforcement, who stood around and watched her do it.

According to the Metropolitan Transportation Authority’s (MTA) Rules of Conduct, the subway system is for transporting riders to their destinations, and nothing else. But the rules list several exceptions, including “campaigning.” So far, so good, Hillary Clinton.

However, Section 1050.6(c)1 of the subway rules states unequivocally that none of these activities may be performed on the actual subway cars.

This is the rule Clinton broke. Read more about it at THE GUARDIAN.