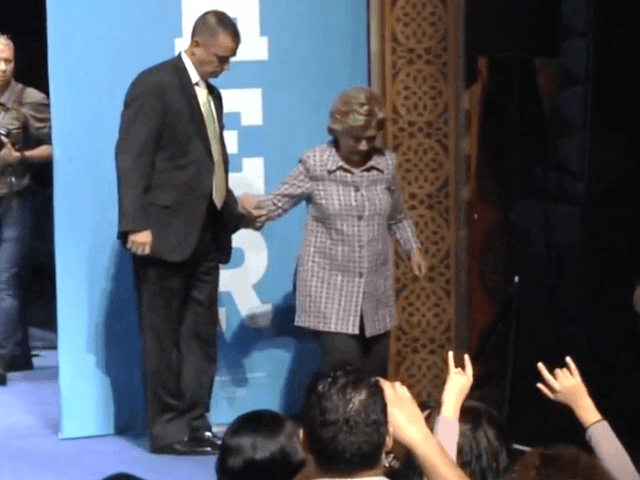 After finishing a campaign speech in Fort Pierce, Florida, Democratic Presidential nominee Hillary Clinton grasped an arm to steady herself before going down the steps off the stage, Charlie Spiering reports for Breitbart.

After walking to the top of the stairs, she paused and pointed at someone. A man, perhaps a Secret Service agent, approached her from behind and offered her his arm.

Clinton steadied herself and took one step, but let go of his arm as she descended the remaining four steps required to leave the stage. Clinton’s speech lasted about 25 minutes, but she coughed at one point, reaching for a lozenge as she began to lose her voice. Read more at Breitbart.