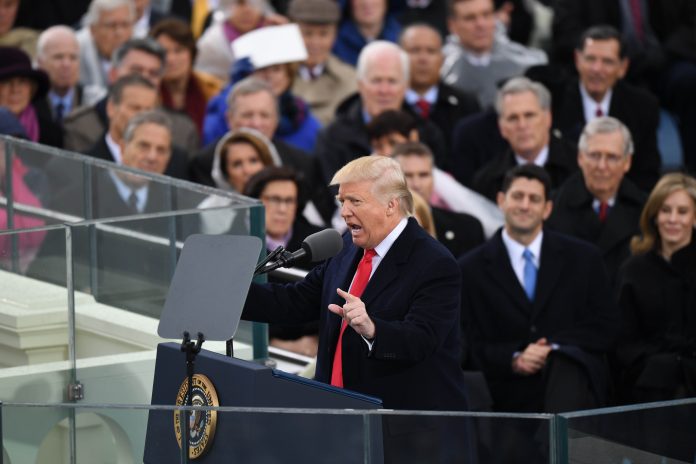 Former secretary of state Hillary Clinton said Sunday that racial grievances had a significant influence on the 2016 presidential election and continue to be stoked by President Donald Trump.

“He was quite successful in referencing a nostalgia that would give hope, comfort, settle grievances for millions of people who were upset about gains that were made by others,” Clinton said on CBS’s “Sunday Morning” ahead of the Tuesday release of her campaign memoir, “What Happened.”

Clinton also criticized Trump’s address at his inauguration, which she attended in January out of what she deemed a sense of duty, as a speech that spoke to the anger of some white voters.

“I’m a former first lady, and former presidents and first ladies show up,” Clinton said. “It’s part of the demonstration of the continuity of our government. And so there I was, on the platform, you know, feeling like an out-of-body experience. And then his speech, which was a cry from the white-nationalist gut.”

Clinton’s remarks on Sunday came a little more than a year after she gave a major campaign speech in which she described the “disturbing” connection between Trump’s campaign and the “alt-right,” a movement associated with white nationalism.

“He is taking hate groups mainstream and helping a radical fringe take over the Republican Party,” Clinton said in Reno, Nevada, last year. “His disregard for the values that make our country great is profoundly dangerous.”

Trump responded at the time by saying that Clinton was using the “oldest play in the Democratic playbook.”

“She paints decent Americans, you, as racists,” Trump told a crowd in Manchester, New Hampshire, after her speech.