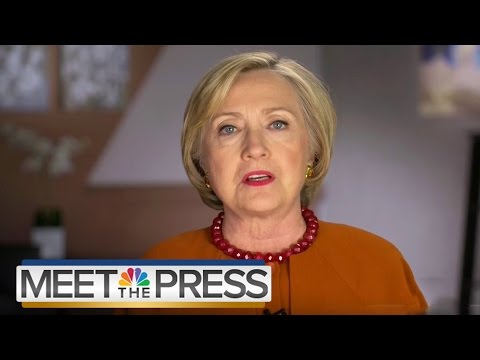 Democratic presidential frontrunner Hillary Clinton said on Sunday the FBI has not yet contacted her for an interview about her use of a private email server while at the State Department.

“No, no, they haven’t,” Clinton said on NBC’s Meet the Press. “But, you know, back in August, we made clear that I’m happy to answer any questions that anybody might have. And I stand by that.”

The Los Angeles Times had reported that FBI investigators began setting up interviews with some of the former secretary of state’s “longtime and closes aides.”

Al Jazeera also reported the FBI would begin questioning Clinton and her staff within the next few days. Clinton, who maintains she used a private server out of convenience, downplayed the inquiry and its impact on her bid for the White House.