Hillary Clinton laid claim to the Democratic presidential nomination Tuesday night, making a full pivot to a nasty general-election fight against Donald Trump even as she faced a vigorously contested primary in California against Sen. Bernie Sanders.

Clinton, the first woman chosen as the standard-bearer of a major American political party, celebrated the occasion with a forward-looking address to supporters in Brooklyn, not far from her campaign headquarters and just a few miles from New Jersey – where she defeated Sanders in the first of six states voting Tuesday.

Although Clinton unofficially clinched the nomination the previous evening, she embraced the historic nature of her bid at her victory celebration Tuesday, debuting a video that placed her within the tradition of “women of the world who have blazed new paths.”

Basking in a moment eight years in the making, Clinton took the stage with her hands clasped to her heart as supporters cheered and screamed. She took her time walking through the crowd to the lectern, shaking the hands of her exuberant supporters.

“Thanks to you, we’ve reached a milestone, the first time in our nation’s history that a woman will be a major party’s nominee,” Clinton said. “Tonight’s victory is not about one person – it belongs to generations of women and men who struggled and sacrificed and made this moment possible.”

While Clinton won easily in the New Jersey primary, the outlook was far less certain in California, one of the other states to vote Tuesday, with surveys from recent days indicating a dead heat in the nation’s most populous state.

Clinton had sought to avert a loss there with nearly a week of intensive campaigning. As the country’s most diverse state, and a wellspring of Democratic support and campaign cash, California was a symbolic but important final test of Clinton’s strength as a communicator and candidate.

The contests in the six states came on a busy day following Clinton’s abrupt clinching of the nomination Monday night because of a revised delegate count by the Associated Press.

In the wake of that milestone, party elders, including House Minority Leader Nancy Pelosi (California), stepped up efforts to unify Democrats for the fall, and a spokesman for President Barack Obama indicated that he was eager to help broker peace between Clinton and Sanders and start campaigning for the party’s nominee. Obama called both candidates Tuesday night and will meet with Sanders on Thursday, the White House said late Tuesday.

“Bernie knows better than anyone what’s on the line in the election and that we at some point have to unify as we go forward,” Pelosi said in an interview with George Stephanopoulos on ABC’s “Good Morning America.” “He wants to influence the platform. I think that’s fine.”

During her remarks Tuesday night, Clinton offered a grace note to Sanders and to his supporters watching her speech. “I know it never feels good to put your heart into a cause or a candidate you believe in and come up short. I know that feeling well.”

She said Sanders and the “vigorous debate we’ve had” have been “very good for the Democratic Party and for America.”

Sanders, meanwhile, said he would consult with his supporters about how to move forward if Obama endorses Clinton. Clinton has said that she will reach out directly to Sanders in the coming days. The senator was scheduled to fly home to Burlington, Vermont, on Wednesday and had already planned to be in Washington on Thursday for a rally, five days ahead of the final primary of the year in the nation’s capital.

Many of Sanders’s supporters view Clinton suspiciously, as part of the political establishment that the senator railed against during his campaign. Some have vowed to sit out the general election or write in Sanders’s name on the ballot. They include many young voters who could be an important bloc for Clinton in November.

In an interview with “NBC Nightly News” on Tuesday, Sanders said he is in the midst of an effort to persuade superdelegates to flip allegiances. But asked what he would do if Obama endorsed Clinton in the coming days, Sanders sounded less resolute.

“I am going to be meeting with our supporters to figure out the best way forward – so that we have a government which represents all of us and not just the 1 percent,” he said.

The nomination was a prize that slipped through Clinton’s fingers eight years ago and for which she had to battle this time against another unexpectedly potent primary challenger. The difficulty she had in vanquishing Sanders, a self-described democratic socialist whose ideas captivated a large swath of the Democratic electorate, underscored weaknesses she carries into the fall contest against Trump, the presumptive Republican nominee.

Trump held an election-night news conference Tuesday, seeking to reset his campaign after a troublesome stretch, including roiling controversy over his assertions that a federal judge overseeing lawsuits against Trump University should have recused himself because of his Mexican heritage.

In remarks at his golf resort in Briarcliff Manor, New York, Trump said that Clinton had perfected the “politics of personal enrichment” during her time in public life, accusing her of turning the State Department into her “private hedge fund.” He pledged to deliver a “major” speech as early as Monday on “all of the things that have taken place with the Clintons.”

Trump also sought to reach out to Sanders’s backers, calling the election system “rigged” and asserting that he would be more in line with their views on “terrible trade deals” than Clinton.

“We welcome you with open arms,” he told Sanders supporters.

“I don’t think that the American public wants to relive the charges that he’s throwing out,” he said on MSNBC after Trump spoke.

Tuesday’s primaries were somewhat anticlimactic, given the AP’s tally Monday of Clinton’s support among superdelegates – the elected officials and other party elites whose convention votes are not bound by the primary results in their states. The AP count showed her reaching 2,383 pledged delegates and superdelegates, the exact number she needs to clinch the nomination.

Sanders was the projected winner in the North Dakota caucuses, while Clinton won in New Mexico and South Dakota, according to the Associated Press.

Clinton spoke inside a huge hall at the Brooklyn Navy Yard. Although it is called the Duggal Greenhouse, the building more closely resembles an airplane hangar. Nineteen flags flanked Clinton’s lectern, which was positioned in front of risers filled with supporters.

Clinton will formally claim the mantle of Democratic nominee at the party’s convention in late July in Philadelphia.

With Tuesday’s results, she was expected to secure a majority of the Democratic Party’s pledged delegates, those awarded on the basis of primary and caucus results. Thus, the only remaining way for Sanders to win the nomination is to persuade superdelegates to effectively overturn the will of the voters.

Sanders has argued that one reason they should consider doing so is that polls have shown him beating Trump in the fall by larger margins than Clinton would.

Though Sanders has vowed to soldier on to the convention – and compete in the primary next Tuesday in the District – he faces a hard sell to the delegates he is trying to persuade.

Sen. Jeff Merkley, D-Oregon, the one sitting senator who has endorsed Sanders, said in an interview Tuesday that it was important to allow the remaining six states and the District of Columbia to cast ballots before declaring a presumptive Democratic nominee. But he added that just as Obama and Clinton saw “the lay of the land” in 2008 after all the primary voters cast their ballots, “we’ll soon be able to see the parts of the party work together to unite.”

“I think we’ll be absolutely united in making sure the self-promoting huckster named Donald Trump never becomes president of the United States,” he said, adding that Clinton should learn from Sanders’s connection with voters.

Hours before the polls closed in California, an upbeat Sanders – in a dark suit, blue shirt and no tie – decided to leave his hotel in Los Angeles for a series of last-minute get-out-the-vote appearances in highly populated areas of the city, starting with a walk among hundreds of gawking tourists and local workers on Hollywood Boulevard.

The pattern was the same as he slowly made his way over the sidewalk stars. “Did you vote today?” Sanders asked nearly every person he encountered. If they had not yet voted, he’d raise his eyebrows, playfully point his finger at their chest and implore them to do so.

After a group of voters sprinted forward and announced that all of them had voted for him, Sanders joked that he wondered whether Clinton received any votes.

Sanders was scheduled to address his supporters at a late-night rally in Santa Monica.

Tuesday marked the anniversary of the day eight years ago when Clinton conceded the Democratic nomination to then-Sen. Obama. The president could endorse Clinton as soon as this week, not waiting for the Democratic convention, according to White House press secretary Josh Earnest.

Speaking to reporters Tuesday, Earnest said that out of respect for the ongoing voting, “I’m not going to declare a winner from here.” But he emphasized that Obama intends “to make his voice heard in coming together” behind the presumptive nominee and plans to play a role in brokering a rapprochement between the two candidates.

He added that Obama’s endorsement could influence Republicans, not just Democrats, given his 7 1/2 years in the job. “The president is an important validator.”

Clinton’s gender is certain to factor into the general election in multiple ways. She has embraced it much more than in her last presidential run, rebutting criticism from Trump that she is “playing the gender card” by saying she is proud of the phrase if it means working to champion women and families.

“I know we’ve never done this before,” she said at a recent campaign event in Fresno, Calif. “We’ve never had a woman president.”

Clinton reminded her listeners that she had been a U.S. senator for eight years, serving on the Armed Services Committee, before becoming secretary of state. Although she was speaking to supporters, she was offering a kind of reassurance about a female commander in chief that she is likely to repeat as she campaigns against Trump.

Ahead of her address Tuesday, Clinton sent this Twitter message:

“To every little girl who dreams big: Yes, you can be anything you want – even president. Tonight is for you.”

Her tweet was signed “H” to denote that she, as opposed to a campaign aide, had written it. 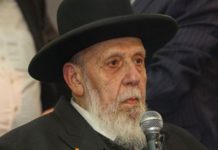