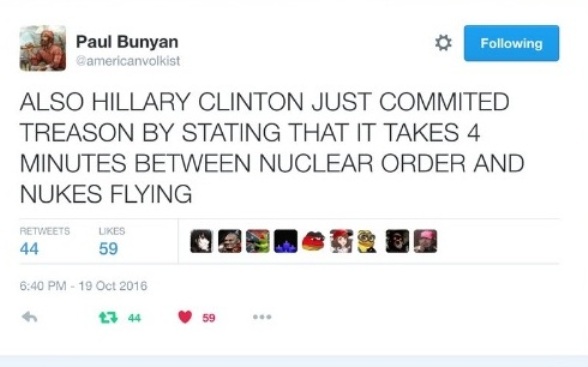 Hillary Clinton has a history of skirting the law.

Laws are for the little people.

She’s been accused during sworn testimony of disrespecting security agents and putting them in danger.

She abandoned Ambassador Chris Stevens and left him to the Islamists who slaughtered him in Benghazi.

Hillary said it takes four minutes between the nuclear order and nukes flying.