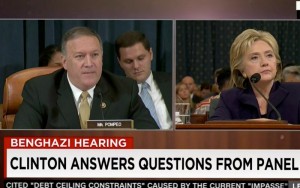 As expected, emails from long-time Clinton confidant Sid Blumenthal came up Thursday during Hillary Clinton’s testimony before the House Benghazi Committee. Rep. Mike Pompeo confronted the former secretary of state for having received 150 emails from Blumenthal — many pertaining to Libya strategy — while claiming to have never received requests for additional security from the U.S. consulate in Benghazi.

“Can you tell us why security requests from your professionals, the men… trained in the art of keeping us all safe, none of those made it to you,” Pompeo pressed Clinton. “But a man who was a friend of yours, and who’d never been to Libya, didn’t know much about it… every one of those records he sent on to you that had to do with situations on the ground in Libya, those made it to your desk.”

“You asked for more of them, you read them, you corresponded with him,” the congressman continued. “Yet the folks that worked for you didn’t have the same courtesy.”

In return, Clinton said that while Blumenthal is obviously a friend of hers, “he had no official position in the government, and he was not at all my adviser on Libya. He was a friend who sent me information he thought might be in some way helpful.”

“I have lots of friends,” Pompeo shot back. “They send me things. I’ve never have somebody send me a couple things on the level of intelligence Mr. Blumenthal sent.”

“Well, it was information he forwarded on,” Clinton replied. “As someone who got the vast majority of the information that I acted on from official channels, I read a lot of articles that brought new ideas to my attention and, occasionally, people, including him and others, would give me ideas.”

Pompeo sharply concluded: “The record we’ve received today does not reflect that. It simply doesn’t. We’ve read the e-mails.” 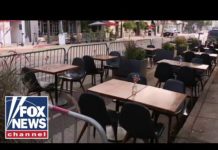