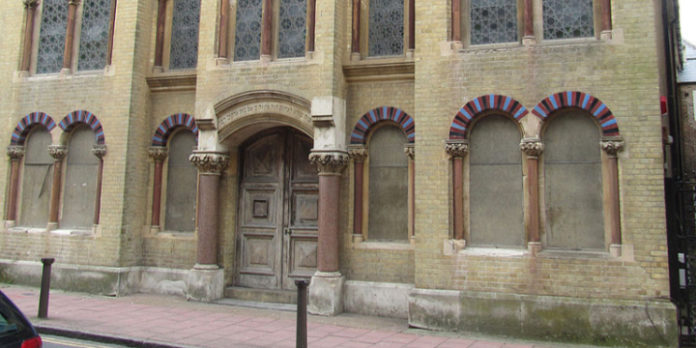 Red paint was found splashed across the doorway of the historic Middle Street Synagogue in the UK city of Brighton and Hove on Friday, on the eve of the 81st anniversary of the infamous antisemitic Kristallnacht pogrom.

The incident is being handled with “the utmost seriousness,” a spokesman for the Sussex Jewish Representative Council told local paper The Argus.

Stephen Silverman, Director of Investigations and Enforcement at the UK watchdog Campaign Against Antisemitism, said of the incident, “This cowardly act of vandalism against a historic synagogue comes just months after a prominent Labour activist called for a march on a synagogue nearby.”

“It is yet further evidence of the extent to which antisemites have come to feel empowered to demonstrate their hatred of Jews,” he added. “It is vital that the perpetrator is apprehended and feels the full force of the law.”

One resident of Brighton denounced the incident to The Argus, saying, “I am not Jewish but consider myself an ally fighting against racism.”

“My reaction to the incident is that it’s very worrying given the rise in antisemitic incidents nationwide, especially taking place on the eve of the anniversary of Kristallnacht,” he added. “There is nothing random about this act.”

In a separate incident on Sunday, residents of Canvey Island in Essex discovered that several cars and garages had been vandalized with swastikas and antisemitic graffiti.

A police spokesperson said, “We are investigating after several reports of criminal damage to cars in Ferrymead, Canvey Island overnight. We were called this morning, Sunday 10 November, to reports that vehicles had been sprayed with racist and anti-Semitic graffiti.”

The town is home to a strong Jewish community, with many Orthodox families moving there in recent years. 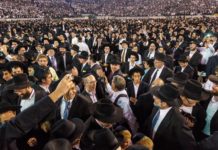 There are still seats available at The Siyum 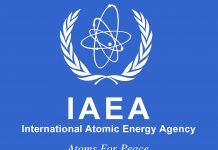 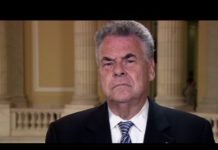