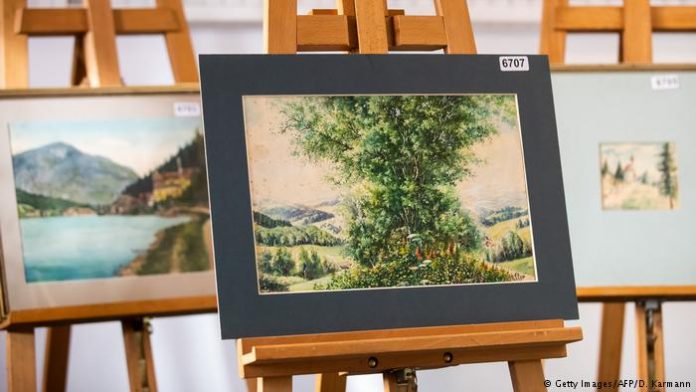 Five paintings believed to have been the work of Adolf Hitler failed to attract buyers on Saturday, in a sale that was branded as being in bad taste.

The artworks that were on sale all depicted landscapes, with the most expensive — a view of a mountain lake — having a starting price of 45,000 euros ($51,000).

Although none of the paintings were sold, a tablecloth and Meissen vase that were thought to have been owned by Hitler fetched 630 euros and 5,500 euros respectively.

A wicker chair featuring a swastika thought to have been owned by the Nazi leader also went unsold.