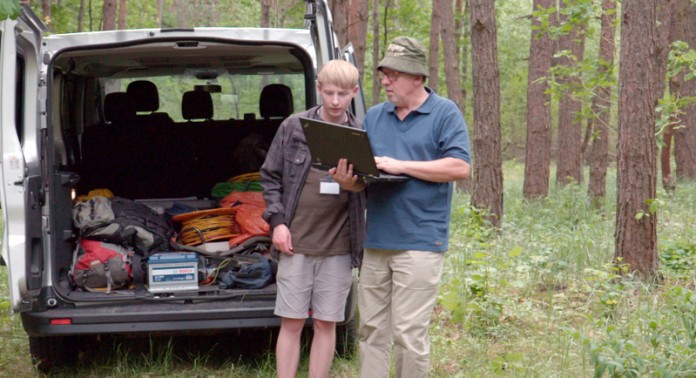 A team of researchers has discovered a tunnel in Lithuania that was used by Jews to escape the Nazis during the Holocaust, according to the Israel Antiquities Authority (IAA).

As many as 70,000 Jews were massacred and thrown into pits in the Ponar forest near the Lithuanian capital during the Holocaust. When the Germans began to retreat in response to the advance of the Red Army, Jewish prisoners were forced to cover up these murders by hiding the corpses. Some of the Jewish prisoners began secretly digging an escape tunnel and attempted to flee on April 15, 1944. Most of the prisoners were discovered by the German guards and were shot, but 15 of them escaped and 12 ultimately survived the war.

The location of the tunnel had been lost for many years. Through the joint work of Dr. Jon Seligman of the IAA, Prof. Richard Freund of the University of Hartford, Paul Bauman of Advisian of Calgary in Canada, and the Vilna Gaon State Jewish Museum, the tunnel was found using electrical resistivity tomography.

“As an Israeli whose family originated in Lithuania, I was reduced to tears on the discovery of the escape tunnel at Ponar. This discovery is a heartwarming witness to the victory of hope over desperation. The exposure of the tunnel enables us to present, not only the horrors of the Holocaust, but also the yearning for life,” said Seligman.

The excavation of the tunnel will be followed by the PBS television science series “NOVA,” which will produce a film about the tunnel to premiere in 2017.

“I congratulate the Israel Antiquities Authority on its participation in this international effort that turns history to reality. The exciting and important discovery of the prisoners escape tunnel at Ponar is yet more proof negating the lies of the Holocaust deniers. The success of modern technological developments, that have aided the Jewish people to reveal another heroic story the Nazis attempted to hide, profits all humanity,” said Israeli Minister of Culture Miri Regev.