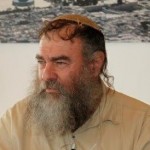 Honenu’s director harshly criticized the opening of an investigation against civilians who shot at Arab rioters attempting to lynch a Jewish woman driving in the Etzion Bloc. The driver, a Tekoa resident, was passing the Arab town of Beit Sahour in the Etzion Bloc on the morning of Wednesday, October 7, when she was attacked.

“Especially during a wave of terror attacks, civilians and security forces must not be afraid to open fire on terrorists,” said Honenu director Shmuel (Zangi) Meidad. “We cannot accept a situation in which the Prime Minister and the Defense Minister declare that the security situation is under control, but we receive requests from communities in Yehuda and Shomron for attorneys to give lectures instructing the residents how to stay out of trouble with the law if they defend themselves.”

Meidad called on the police not to persecute Jews defending themselves against Arab terrorists. “Unfortunately there is a double standard from which civilians and security forces suffer every day. Whoever shoots a terrorist is a hero, not a criminal. Recently an Etzion Bloc resident who shot into the air after determining that his life was endangered was exonerated of any wrongdoing after being forced to endure a trial which lasted for eight years. We must not tolerate a situation in which Jews suffer Arab terror and then when they defend their lives suffer legal bureaucracy.

(The Etzion Bloc resident was exonerated of any wrongdoing after he was brought to trial for opening fire after a terrorist threw rocks at vehicles in a situation similar to the attempted lynch mentioned above. For more information on the case, see here.)