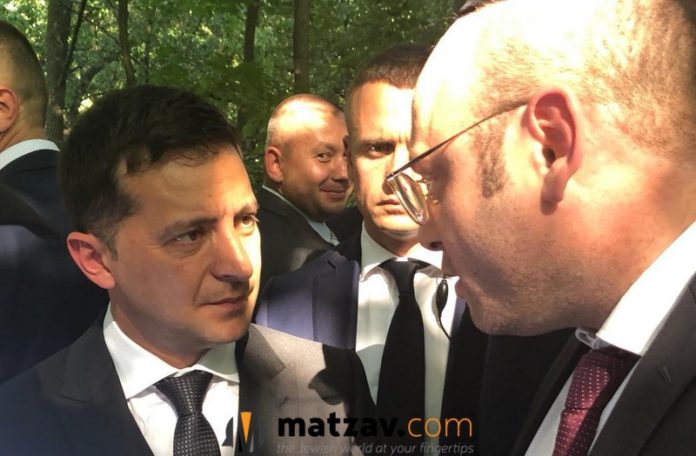 After alleged corruption halted construction of a planned Jewish complex in Uman, Ukrainian President Vladamir Zelansky met with Duvi Honig, founder and CEO of the Orthodox Jewish Chamber of Commerce, in an effort to stop the serious corruption the country overall and in the city of Uman, Ukraine.

In a conversation earlier today, Duvi Honig told Belaaz News that President Zelansky committed to look into the alleged corruption saga that has reportedly also been holding up the construction of a shul in Uman for more than a decade.

Following the meeting between the Ukrainian President and Honig’s delegation, earlier today, during a meeting with U.S. Vice President Mike Pence in Poland, Ukrainian President Zelansky addressed as a key interest stopping the corruption in his country and said that his government already began working on the matter.

Honig will be traveling back to Ukraine to follow up on the matter.

Watch the press conference with Mr. Honig at Interfax where he addresses the matter: