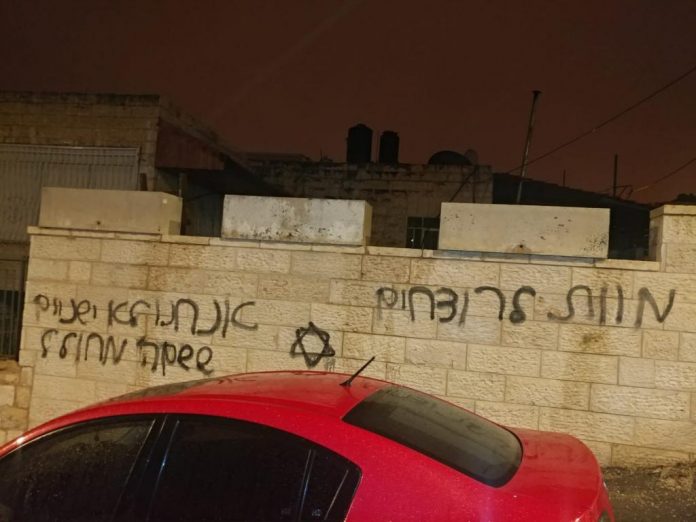 More than ten vehicles were found this morning with their tires pierced with graffiti near the vehicles writing: “We do not sleep when the name of Hashem is being desecrated.”

The incident took place in the Pisgat Ze’ev neighborhood of Jerusalem, a neighborhood in which several Arab families live.

The police reported: “On Amichai Paglin Street in the Pisgat Ze’ev neighborhood, parked vehicles were found in the morning, damaged by their tires, and an inscription was sprayed with paint spray on the nearby wall.

The police opened an investigation.