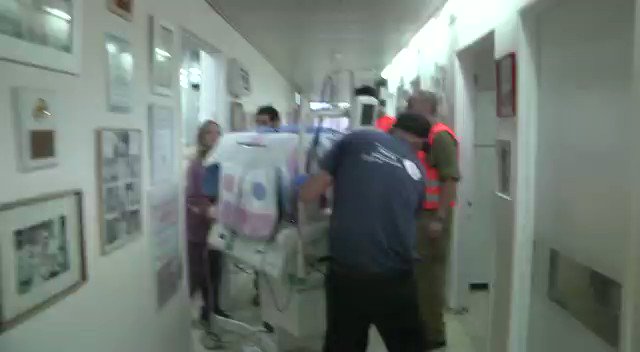 Palestinian terrorists in the Hamas-ruled Gaza Strip unleashed a rocket assault on Israel on Tuesday, causing a major hospital to move patients into underground facilities.

Magen David Adom (MDA), Israel’s national emergency medical service, also deployed reinforcements due to the security situation, moving 30 ambulances out of storage and into the field.

Over 450 warning sirens were triggered on Monday across Israel, alerting civilians to incoming rockets and allowing them moments to seek shelter in a nearby protected space.

At least 40 people were treated for injuries, including an eight-year-old girl from the central city of Holon.

School was canceled and businesses temporarily shut down throughout southern and central Israel, including in Tel Aviv. The last time the IDF ordered such a closure in Tel Aviv was during the Gulf War in 1991, when then-Iraqi leader Saddam Hussein launched several salvos of Scud missiles at the Jewish state.

According to the IDF, the Iron Dome aerial defense system intercepted 90 percent of the rockets it targeted on Monday.