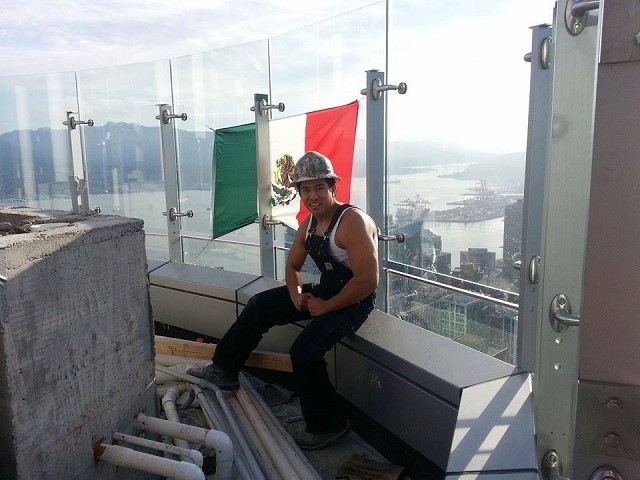 An Hispanic construction worker in Canada hung a Mexican flag from the Trump International Hotel in Vancouver, Canada, BREITBART reports.

Diego Saul Reyna took the demonstrative action to take a stand against Republican presidential frontrunner Donald Trump’s policies on border security and illegal immigration. The flag was draped from the top of Trump’s hotel on Saturday, ABC news reported.

Reyna made the move “because from the concrete pouring, finishing, drywall, taping, wood forming and general labor, Mexicans were there, building it, doing good work,” ABC News quoted from his Facebook page.

“Mr. Trump, we did our best work, your tower here in Vancouver is premium quality, and we were a crucial part of it, not just Mexicans but immigrants as a whole, like your ancestors were, you are not native american,” Reyna continued, “the insults you have said about us, have not changed our work ethics, while working on your tower Mexicans didn’t steal anything nor raped anyone, we just did the best work we could possibly do, for my ourselves, our families and the future tenants in your building.”

Reyna, who recently became a Canadian citizen has received a lot of supportive comments on this Facebook page. Read more at BREITBART.