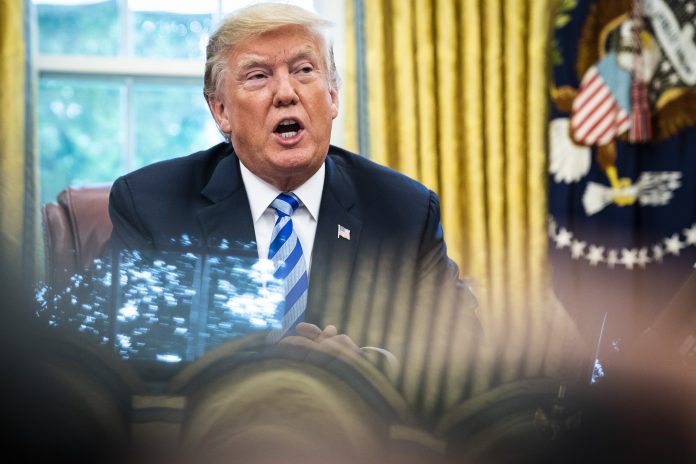 House Democrats will file a resolution aimed at blocking Donald Trump’s national-emergency declaration. Trump called it last week—the purported emergency being what is in reality a declining flow of undocumented immigrants from Mexico into the United States—to help redirect funds toward his border wall. House Democrats will file a resolution Friday aimed at blocking Trump’s declaration and, although the effort is likely to eventually fall short, resulting votes will let Democrats to voice their opposition to Trump.

Introducing the measure will set up a vote by the Democrat-run House over the next few weeks, The Guardian reports, where it will likely pass. It will then move to the Republican-controlled Senate, where it would have to rely on GOP defections for approval. House Speaker Nancy Pelosi appears confident the resolution will win approval, telling colleagues in a letter that her chamber would “move swiftly” to pass it and “the resolution will be referred to the Senate and then sent to the president’s desk.” However, Congress would need the two-thirds majorities in each chamber to be able to override a Trump veto. Read more at The Guardian.