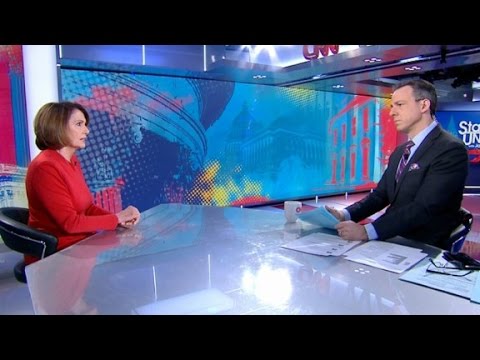 House Minority Leader Nancy Pelosi, D-Calif., on Sunday accused the media of being “accomplices” to Russia’s efforts to meddle in the 2016 election.

Some instantly saw a media double standard. The press was apoplectic when President Donald Trump labeled it the “enemy of the American people,” after all. So now that Pelosi was apparently charging it with a crime against American democracy and aiding an adversarial foreign power, why no outcry?

It’s worth noting that Pelosi has said this before, so it’s not entirely new. She’s accused both the press and Republicans of being “accomplices” to Russia in recent weeks. But those past mentions escaped much notice.

One of the reasons for the disparate reactions is that Pelosi’s accusation doesn’t require that the press willingly worked against the American people. Being an accomplice doesn’t require you to collude or act deliberately; there is such thing as an “unwitting accomplice.” So when the press sees Pelosi call it an accomplice, it registers more as a criticism of its choices rather than its loyalties – as Trump’s “enemy” comment does.

And that’s a criticism that many in the press have taken to heart. The decision to report on the hacked emails is something that continues to be the subject of debate to this day. In a deep dive on the Russia situation back in December, the New York Times included a potent sentence.

A “de facto instrument of Russian intelligence.” That’s not that far off from an “accomplice.” And that’s the media itself – in a news story, not an opinion piece – owning up to its role.

After the Times included that nugget, I wrote about the dilemma the media faced:

The DNC and Podesta hacks weren’t the only high-profile political ones this year; there was also former secretary of state Colin L. Powell. In all three situations, there were the emails, just sitting there, ready to provide the kind of behind-the-scenes dirt we generally get only secondhand from anonymous sources. How could we not be curious?

Of course, had those same emails been provided directly to a journalist rather than uploaded to a searchable online database, they probably would have been vetted much more carefully. But that’s not the world we were operating in. Uploading them to the Web for everyone to see creates a sense of competition among journalists – and a sense that it’s already out there and can’t be ignored. . . .

The questions are: What if we don’t immediately know where the emails came from? Do we ignore hacked emails until we can determine their origins? Do we ignore them completely, regardless of origin? And even if many of us agree to either approach, do we all agree to hold off together? How do we formalize that process? And what if some outlets decline to join us?

The simplest solution probably would be a blanket ban on publicizing any hacked emails, but again, that would be easier said than done, and the information would still be out there for anybody to disseminate – again, without fact-checking and proper context. That’s a recipe for plenty of additional misinformation after an election already plagued by “fake news.”

Critics would say that caution is the watchword and that we should hold off on publishing anything we’re uncertain about – even if it means we get beat. The longtime journalism maxim is that you get it right before you get it first.

But in this situation, the choice wasn’t between getting it right and getting it first; it was between getting it first and playing to the potential agenda of an anonymous source – a source who could have been an adversarial world power such as Russia or a more nefarious source or just some random hacker. Everything in those emails may be accurate, but it adds a whole new element to the journalistic equation. It’s unlikely that many of us, after all, have been presented with information obtained by a foreign government. Usually, it’s at least from American sources.

And even if we acknowledge that there are some sources we definitely don’t want to aid, where do we draw the line? If hacked emails from Russia aren’t okay, what about hacked emails from a Trump supporter in New Jersey? Or from an American ally who might be pointing out something unflattering about our government? Almost everyone who leaks information to the media has an ax to grind, after all. From there, it’s a judgment call as to whether the value of reporting the information is high enough.

Some, especially on the right, will see this as media bias – giving Pelosi a pass on something Trump got pilloried for. It’s just not the same thing.