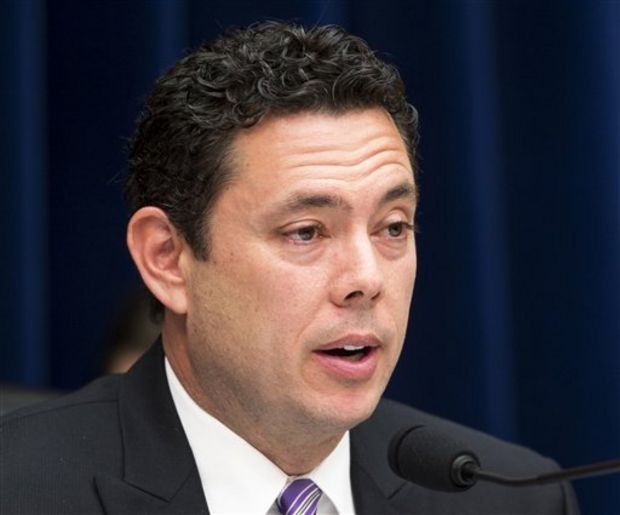 House Oversight Committee Chairman Jason Chaffetz on Tuesday requested yet another Justice Department investigation of Democratic presidential candidate Hillary Clinton – this one focused on emails that a tech company staffer deleted in spite of a congressional committee’s request that they be preserved.

In the letter – addressed to the U.S. attorney for the District of Columbia, Channing Phillips, and copied to Attorney General Loretta Lynch and FBI Director James Comey – the Utah Republican asks for an investigation to determine whether “Secretary Clinton or her employees and contractors violated statutes that prohibit destruction of records, obstruction of congressional inquiries, and concealment or cover up of evidence material to a congressional investigation.”

The request is based on an incident in which an employee for Platte River Networks – the company that at one time managed Clinton’s private email server – deleted an archive of Clinton emails, even though he had been asked to preserve them by the House Select Committee on Benghazi. The episode was revealed last week in documents made public by the FBI about its investigation into Clinton’s use of a private email server while she was secretary of state.

The FBI concluded in that case that while Clinton and her staffers were careless in how they handled classified information, no reasonable prosecutor would bring charges against them. Republican legislators have questioned that determination, waging an aggressive campaign to get the FBI to release more information about the probe while requesting new investigations.

Chaffetz and Rep. Bob Goodlatte, R-Va., for example, earlier asked the U.S. attorney in D.C. whether Clinton committed perjury when she testified before a congressional committee about her use of a private email server.

A Justice Department spokeswoman declined to comment on Chaffetz’s latest request. Clinton campaign spokesman Brian Fallon said: “This is yet another example of the congressman abusing his office by wasting further taxpayer resources on partisan attacks. This conspiracy theory is already debunked by the Justice Department’s review.”

A spokesman for Platte River declined to address the FBI’s report specifically but said in a statement “Platte River Networks did not, at any time, treat the server belonging to the Clintons differently than we did any other client. We maintain all security precautions were in place, and continued to be so, throughout our service to said client.”

From what is known publicly, another investigation would seem unlikely to produce any significantly damaging revelations for Clinton or those close to her. According to an FBI summary of its investigation, Cheryl Mills, a top Clinton aide, sent the Platte River employee an email referencing the preservation request weeks before he made the deletions, and Mills and Clinton told investigators they were unaware of what the employee had done.

Some details of the episode, though, remain murky. According to the FBI summary, Mills and another Clinton aide asked the Platte River employee, whose name is redacted, to delete emails in December 2014 or January 2015 and also to modify the period in which emails were retained. The employee, though, did not do so immediately, according to the summary.

On March 2, 2015, the New York Times revealed that Clinton used a personal email account as secretary of state, and the following day, the Benghazi committee requested documents related to it be preserved. On March 25, Platte River, which then managed Clinton’s private server, had a conference call with staffers of former president Bill Clinton, according to the summary. (A private server in the Clintons’ home was initially set up to be used by the former president and his staff.)

The Platte River employee told FBI agents that sometime in the week that followed, he realized he had not made the changes Mills requested months earlier – though he gave varying stories as to what happened next. The employee first said he did not recall making deletions based upon his realization, but in a later interview said he had an “Oh, s—” moment and deleted a Hillary Clinton email archive using a program called BleachBit, which is designed to prevent recovery.

Mills had – on March 9 – sent the employee an email referencing the Benghazi committee’s preservation request. But the employee gave varying accounts to the FBI as to his receipt and comprehension of the document. He first told investigators he did not recall seeing it, then later said he was aware of it and the fact that it meant he should not disturb Clinton’s email data when he made the deletions, according to the FBI summary.

The employee said he did not receive guidance from Platte River, including the company’s attorney, about the meaning of the request, according to the FBI summary. FBI investigators found a Platte River work ticket that referenced a conference call between the company, Mills and David Kendall, Clinton’s attorney, on March 31, though the Platte River employee was advised not to comment on it, because it was protected by attorney-client privilege, according to the FBI summary.