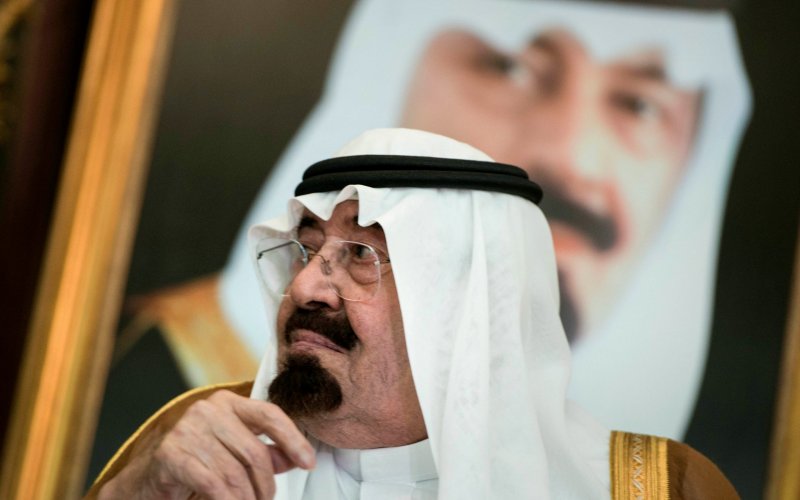 President Barack Obama is scheduled to arrive in Saudi Arabia this week for what will be his fourth visit to the kingdom since taking office. The White House hopes that the trip can help strengthen relations between the two nations, but in reality things are more than a little difficult at the moment – with the Syrian civil war, a nuclear deal with Iran and falling oil prices all souring relations between the longtime allies.

However, new developments mean that one of the most controversial aspects of the trip relates to events from almost 15 years ago – Sept. 11, 2001. In the past few weeks, there has been renewed scrutiny of allegations that Saudi Arabia, in some way, supported the Sept. 11 terrorist attacks, which killed 2,996 people.

This is a controversy that has bubbled for years: Although Saudi Arabia and many outside observers say the case is closed on any official Saudi link to the attacks, some critics accuse both the Saudis and the U.S. government of a cover-up. The focus of speculation has repeatedly fallen on 28 pages of a congressional report that remained classified since publication in 2002.

What is the official line on the Saudi role in the 9/11 attacks?

Of the 19 hijackers who carried out the attacks of Sept. 11, 15 were from Saudi Arabia. They were all affiliated with al-Qaeda, the terrorist organization founded by Osama bin Laden, the scion of a wealthy and connected Saudi family. The Saudi royal family also has been accused of tolerating extremist clerics within the kingdom in exchange for domestic stability and political support.

After the attacks in 2001, these facts contributed to a widespread suspicion that Saudi Arabia, a U.S. ally for 70 years, had somehow aided the plotters, possibly with financing. However, when the 9/11 Commission released its final report on the attacks in 2004, it suggested only that the Saudi government had “turned a blind eye” to charities that funded the attack but was not directly involved.

The source of the new speculation about the alleged Saudi role in the attacks is a report that came out in 2002, two years before the 9/11 Commission released its findings. This report was the product of a bipartisan joint congressional inquiry into intelligence failures that led to the attacks.

And the problem isn’t so much what the publicly released version of this report said. It was what it didn’t say.

Under the orders of then-President George W. Bush, 28 pages of the joint inquiry’s final 838-page report were classified. They sit under lock and key in a vault. According to multiple accounts from those who have seen the pages, they contain an entire section on the alleged links between Saudi officials and the 9/11 hijackers – of particular notoriety are the alleged links between the hijackers and a Saudi network that helped them when they arrived in California.

The government gave several reasons for not releasing the 28 pages, including national security. At the time, Saudi officials were among those who called for those pages to be released. “Saudi Arabia has nothing to hide,” the then-Saudi ambassador to the United States, Prince Bandar bin Sultan, said in 2003. “We can deal with questions in public, but we cannot respond to blank pages.”

Why are these 28 pages still so controversial?

Over the years, there have been some who have suggested that the 28 pages weren’t quite as scandalous as they were often presented – in fact, as the New Yorker’s Lawrence Wright has reported, the 9/11 Commission report attempted to substantiate the allegations contained in those 28 pages and apparently failed.

Yet the controversy surrounding the pages has remained; in fact, some point toward the 9/11 Commission report’s cautious wording on the alleged Saudi link as evidence of a cover-up. Groups, including families of the attack victims, have repeatedly called on the government to release the 28 pages. These groups have gained the support of several members of Congress and U.S. officials – Obama is reported to have made a promise to the families of victims in 2008 and 2009.

The whole controversy has been brought back in a big way recently by a “60 Minutes” documentary that aired April 10, about a week before Obama was due in Saudi Arabia. In the segment, correspondent Steve Kroft spoke to a number of members of the 9/11 Commission, who said they wanted the 28 pages released.

What about the Senate bill?

Last year, a judge ruled that Saudi Arabia could not be a defendant in a civil suit brought by victims’ families. In his ruling, Judge George Daniels wrote that he had not seen sufficient evidence of a link to the 2001 attacks that would overcome Saudi Arabia’s sovereign immunity in civil suits.

In response, a number of lawmakers – John Cornyn, R-Texas, and Charles Schumer, D-N.Y., in the Senate and Peter King, R-N.Y., in the House – have drafted legislation that would attempt to carve out an exception to sovereign immunity in cases that involved terrorist attacks on U.S. soil.

Although this legislation does not single out Saudi Arabia, those involved have made it clear that its purpose relates to the alleged Saudi link to 9/11. “If Saudi Arabia participated in terrorism, of course they should be able to be sued,” Schumer said in a recent statement. The White House has said that it opposes the bill, arguing that reciprocal measures taken by other countries may put Americans at risk.

So – why is this a headache for Obama?

Ahead of Obama’s trip to Saudi Arabia this week, the White House has been forced to field questions about the kingdom’s alleged link to 9/11 and the 28 pages in the joint inquiry report. “Obviously, there is a process that’s underway at the Office of the Director of National Intelligence to consider those 28 pages and determine how much, if any, of those documents can be declassified and released,” White House press secretary Josh Earnest said this week, while adding that he did not know whether Obama had personally read the 28 pages.

To make matters worse, the proposed Senate legislation has sparked anger in Riyadh. According to a report published in the New York Times this weekend, Saudi Arabia has privately warned Washington that it would sell off hundreds of billions of dollars’ worth of American assets if the bill were to pass.

Real or not, this threat has added another layer of intrigue to the situation. This week the Senate bill became an issue in the 2016 presidential election, with both Democratic candidates suggesting that they supported the legislation. “Obviously, we’ve got to make anyone who participates in or supports terrorism pay a price, and we also have to be aware of any consequences that might affect Americans, either military or civilian, or our nation,” Hillary Clinton told ABC’s “This Week.”

This position clearly puts them at odds with the Obama administration, which has hinted that it may veto the bill.

The resurgent controversy comes amid tense relations between Washington and Riyadh. The Syrian conflict has brought more attention to the Wahhabism preached in many Saudi mosques, with some drawing a line between that fundamentalist strain of Islam and the extremism of the Islamic State militant group. Recent comments from Obama, suggesting that Washington’s relationship with Riyadh was “complicated” and that Saudi Arabia may have to “share” the Middle East with Iran, have prompted a backlash in Saudi political circles. 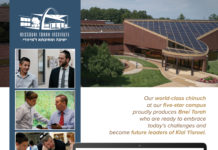 FDA Chief Hahn: 20 Million Americans Could Be Vaccinated This Year 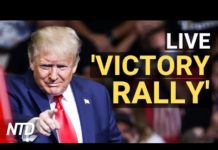