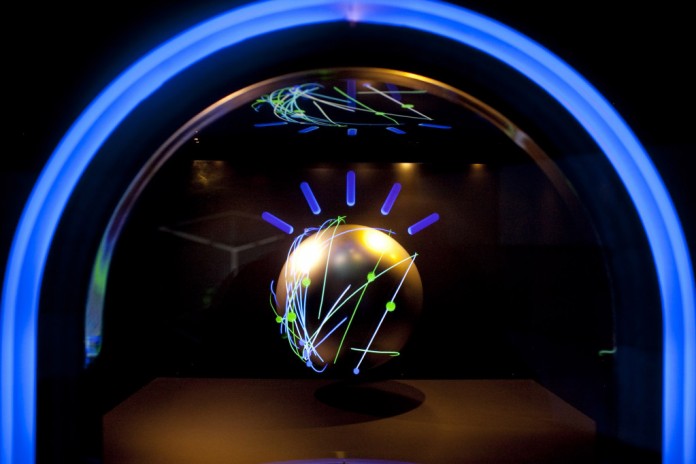 As the country reels from the spasm of gun violence that killed two black men and five police officers this week, a prominent digital vigilante is using an online tool he hacked together to keep an eye on hot spots that seem at risk of boiling over into bloodshed.

The Web app, which is powered partly by artificial intelligence, analyzes posts on social media as well as police radio chatter and feeds of the local airspace in virtually any region. Its goal? To detect rumblings of unrest and alert the public. At the moment, the tool has its gaze trained on Baton Rouge, Louisiana, where protesters backed by the New Black Panther Party have gathered for a rally.

“I’m looking for any indication they are coordinating skirmishes. … I guess I’m expecting trouble in that location, so [I] have it trained on Baton Rouge preemptively,” said the creator of the site – who goes solely by his Internet pseudonym, the Jester – in an interview with The Washington Post.

Using IBM’s Watson AI, the tool not only examines large collections of tweets but – somewhat eerily – also can go through a single user’s timeline and, with Watson’s machine learning technology, offer an analysis of that user’s “trustworthiness, propensity toward violence [and] openness,” the Jester said. That information, he said, could hold clues to a criminal’s intentions.

If the Jester’s name sounds familiar, that’s because the hacker has appeared elsewhere – on Time’s list of most influential Internet personalities, on CNN and, according to a recent blog post, on an upcoming episode of USA’s “Mr. Robot.” He has used his hacking skills to bring down dozens of websites that he says helped spread Islamic extremism. What he does technically may not be legal, CNN reports, but law enforcement officials have largely turned a blind eye to his independent activities.

In fact, the Jester said, many law enforcement and emergency preparedness officials have given him “positive feedback” for his AI-powered monitoring tool, called iAWACS. That’s short for “Internet AWACS” – likely a reference to the military’s Airborne Warning and Control System, a type of aircraft that essentially functions as a mobile command and intelligence platform. (Most of the Jester’s operations are sprinkled with radio codes and other military language.)

IAWACS comes in several flavors. One version watches for reports of active shooter situations. Another is tuned to listen for Islamic extremists; that service has detected spikes in online chatter ahead of every major attack that has occurred since the tool was switched on, according to the Jester. The version that’s focused on Baton Rouge, which is set up to track “major incidents,” has only been running for about six months. It was used earlier in the week to monitor the Dallas shootings. Altogether, the entire setup consumes terabytes of data every week.

Even though each variant of iAWACS performs a different function, the technology is similar. The software, which is linked to IBM’s Watson artificial intelligence, combs through tweets and images, specific hashtags and phrases, or posts from or about a particular geographic area and then uses computer algorithms to gauge the mood of that swirling digital conversation. That mood is then expressed on a sentiment meter as a number, positive or negative.

It’s “looking real-time using nodeJS at all tweets within its set parameters,” the Jester said. “EG I can say show me all geo-tagged tweets coming out of Chicago or all tweets with the following hashtags or phrases, including in the case of DRONEBAIT NODE in Arabic.”

While watching the Dallas situation unfold, he said, the system picked up “very disturbing” tweets from admirers of the gunman responsible for the attack, helping to “build up a picture of the level of crazy surrounding it.”

The AI aspects of the iAWACS app only monitor the social media posts – they don’t analyze the audio from police scanners nor the airspace maps.

The Jester got the idea of building iAWACS in the wake of the Boston Marathon bombing, when he said he recalled police trawling social media for information and asking for the public’s help in tracking down the suspects.

“I thought, hey, this whole process could be made easier,” he said.

The result, which the Jester said is still a work in progress, was built from the ground up for law enforcement and intelligence officials with real-time information needs. The iAWACS interface is intentionally designed to fit on large screens like the kind you’d find in a command center.

Now, that system is listening diligently for unrest in Louisiana – though with any luck, it won’t be needed.