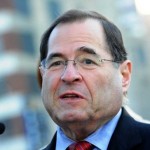 N.Y. Congressman Jerry Nadler’s decision to vote in favor of the controversial deal with Iran has been met by a vociferous response from his constituents. Rarely has a politician’s pronouncement caused such consternation in and outcry from the Jewish community and beyond.

Nadler appropriately declares in his 5,100 word essay that the one overriding objective of the Joint Comprehensive Plan of Action is preventing Iran from obtaining a nuclear bomb. However, there are other perilous issues that the deal astonishingly does not address or prevent, including Iran’s future ballistic arms capability,‎ fomenting of worldwide terror and, most egregiously, billions of dollars in immediate sanctions relief.

‎Having personally participated in meetings with the congressman and closely observing many public statements on the topic, I can attest that Nadler has not been shy in his disappointment with the Obama Administration’s weak posture toward Iran and the broader Middle East. He has also been critical of and confounded by the White House’s contentious approach to Israel in general. With that backdrop in mind, Nadler emphasizes asking for and receiving unprecedented presidential assurance that should Iran “seek to dash toward a nuclear weapon” the United States will take whatever means necessary, including “military means” to prevent Iran from acquiring one. Setting emotion aside, ‎it is impossible to comprehend how Nadler suddenly became placated by the assurances of the same Obama Administration that repeatedly and publicly demanded “anytime – anywhere inspections” only to concede to a 24-day, international, committee-approved inspection process at unknown or suspected sights. That acquiescence together with ambiguous secret side agreements with the IAEA, leaves even the president’s closest allies uncomfortable.

The JCPOA is predicated on the trust that when Iran violates the agreement (as they will), the Obama or future Administrations and international stakeholders will immediately “snap back” sanctions. There are many fundamental problems with such an assumption. The most grievous is that while U.S. President Barack Obama will be long out of office, vast financial investments in Iran by countries like China, Russia and EU members will negate any motivation by these parties to impose harsh sanctions on lucrative business partnerships. Iran is counting on what may be the world’s best and most dangerous example of a conflict of interest. Mr. Nadler joins other Democratic supporters of the deal by noting the strength of “snap back” sanctions as a powerful deterrent. After years of strengthening sanctions both at home and abroad, members of Congress know better than anyone how arduous it was to implement and enforce sanctions that currently prevent Iran from creating nuclear weaponry. It seems incomprehensible that seasoned veterans like Nadler and Senator Kirsten Gillibrand, among other Democrats, are willing to assert their faith in “snap back” sanctions as a legitimate anchor for their support when the “snap back” component is inconsistent with reality.

Director of National Intelligence James Clapper recently testified before Congress stating that the U.S. intelligence community still sees Tehran as the “foremost state sponsor of terrorism.” Experts on both sides of the JCPOA debate are united in the belief that Iran will intensify its efforts to further destabilize the region and arm Israel’s enemies. Many billions of dollars in unfrozen funds will no doubt find their way to Hamas, Hezbollah and Islamic Jihad, well established terror proxies of Iran and sworn enemies of the Jewish State. Obama’s personal assurances of increased aid, arms, and defensive systems to Israel, while genuinely appreciated and necessary, will tragically not be nearly enough to protect the millions of Israelis in harm’s way. The president frames the debate as “this deal, or war with Iran”. What he deliberately omits though is that this deal almost guarantees Israel’s next war with Hezbollah and Hamas. That alone should be reason enough for stalwart supporters of Israel to reject it, as Democratic Senator Charles Schumer did.‎

While many constituents are angered with Mr. Nadler’s decision to support the JCPOA, Americans of all faiths should share his “outrage” that some on the left hurl anti-Semitic accusations of dual loyalty or treason when someone, particularly a Jewish member of Congress, decides to oppose the agreement. Outrage aside, Nadler’s decision as a Jewish member of Congress, representing the largest Jewish district in the country, likely opens the door for other undecided members to follow his lead and sign off on a deal he and they publicly admit is flawed. He has been severely criticized with accusations of betrayal by many of his Jewish constituents for this decision. Nadler has been offended by those charges and has reacted with indignation. Truth be told, he might better focus his umbrage at U.S. Secretary of State John Kerry and the Obama Administration who shockingly moved the goal posts from “a bad deal is worse than no deal” to “this deal or war” and put Congress in an untenable position to approve a drastically deficient deal.

‎Stated supporters of the U.S.- Israel relationship like Senators Ben Cardin, Cory Booker as well as Representatives Hakeem Jeffries, Yvette Clarke, Carolyn Maloney, Joe Crowley and other undecideds should be looking in the mirror and asking the toughest question: after drilling through all of the politics and spin, does the P5+1-negotiated deal put the United States, Israel and the world in a more dangerous position than before the negotiations started? The answer is unequivocally yes, and leaves millions of conscientious Americans questioning how Congress can endorse this fatally flawed deal.

Approving or disapproving the JCPOA may be the most consequential vote any member of Congress makes in their career. There’s a saying in politics that some votes haunt you forever. Each member was elected and took an oath to represent their constituents and country – not party or president. Democracy is alive and well when the system works. When all else fails, the people always have Election Day.

Chaskel Bennett is a New York based activist and co- Founder of the Flatbush Jewish Community Coalition (FJCC).

This editorial first appeared in Haaretz and appears here at the request of the author.