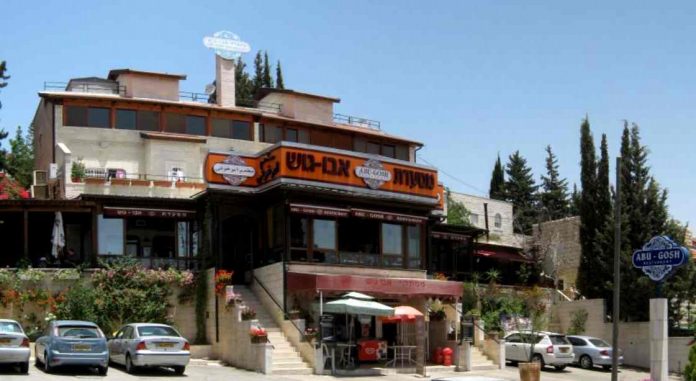 News of eight Chinese tourists spending more than $4,000 at a well-known Israeli hummus restaurant grabbed headlines last week. Today, the Israeli Foreign Ministry launched a search for the group in an attempt to figure out why the tourists were charged so much.

Such hummus restaurants in Israel are generally known for their hearty food and good value. Last week, however, tour operators cried foul after a group of eight Chinese tourists notched up a bill of 16,500 shekels, or $4,390, after an evening at the Abu Ghosh eatery in the small Israeli-Arab village of the same name.

What did they consume to merit such a scandalous tab?

Restaurant owner Jawdat Ibrahim said the charges were fair, listing bottles of expensive alcohol and an entire lamb among the items ordered. He also said that the group asked for a private room, which meant closing down part of the famous establishment on a busy Friday night.

Yossi Fattal, chief executive of the Incoming Tour Operators Association, however, accused Ibrahim of putting one over on the visitors. He said he publicized the bill as a way of shaming those who try to cheat unsuspecting tourists.

Now, Israel’s Foreign Ministry and the Israeli Embassy in China are attempting to track down the eight tourists to find out what happened. Were they unhappy with the cost? Did they feel they were ripped off?

According to Ibrahim, he was asked to close off a room at the restaurant, order Beluga vodka at about $400 a bottle and serve 30 kilograms of lamb, in addition to other items.

The Israeli financial newspaper Globes published a copy of the bill last week:

“They knew the prices in advance. If they thought that they had been cheated, why did they add a 10 percent tip to the bill?” said Ibrahim, according to the newspaper Yedioth Ahronoth on Sunday.

Ibrahim, who is well known in Israel for winning $17.5 million in the Illinois state lottery in the early 1990s and for breaking the Guinness world record for the largest plate of hummus in 2010 (since beaten), said he has been the victim of “public shaming before people learned what the facts were.”

According to Fattal, the tourists were clearly exploited. He said that the restaurant was asked to host only eight tourists, not a large group that required closing down a whole section and that no prices had been agreed upon in advance. He told Globes that the restaurant was not closed specially for the group and that specific alcohol had not been preordered.

“The association decided to make this incident public in order to illustrate the importance of fair and polite treatment of tourists who come to Israel and are an important sector of the country’s economy,” Globes quoted Fattal as saying.

About 47,000 Chinese visit Israel each year, and one of the goals of the Tourism Ministry is to further promote the image of Israel in China. Earlier this year, China’s Hainan Airlines started direct flights three times a week between Beijing and Tel Aviv.

Amid the furor over the food bill, it’s up to the Israeli Foreign Ministry to do some damage control: to track down in China the eight people who visited Israel and find out what really happened at the restaurant that night.