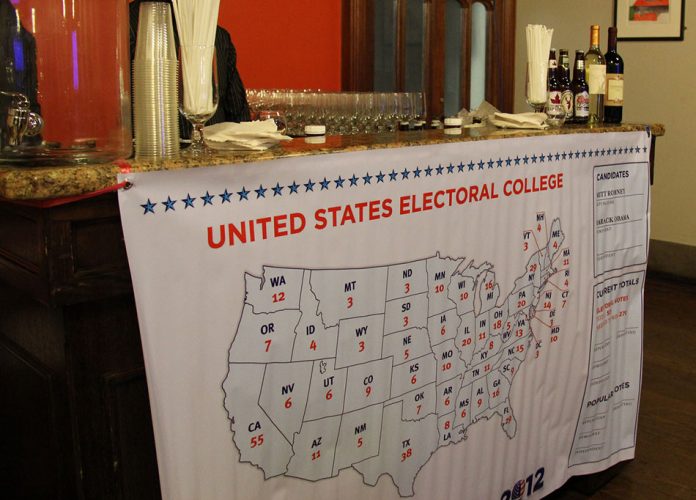 Today, the electoral college will assemble to select the next president of the United States. And unless 37 of the 306 electors who are supposed to vote for Donald Trump decide to wage what would be an unprecedented defection, that president will be Trump.

Yet some still hold out hope that a revolt will happen, as The Post’s Ed O’Keefe reports.

The upshot is that a process that is usually a formality has suddenly garnered plenty of interest. Which leads to the next question: How exactly does the process work?

Where and when does the vote take place?

There is not actually any central meeting place or time for the electoral college. Mostly this afternoon, electors who were tied to a given candidate – either Trump or Hillary Clinton – on Election Day will vote in their respective state capitols.

These electors are actually the people voters were voting for on Election Day. While Trump and Hillary Clinton were on the ballot, the voters were in reality selecting electors who would vote in the electoral college. In 48 out of 50 states, the winner of the popular vote gets all of a state’s electors.

The votes are expected to roll in any time from late this morning until this evening, depending on the state.

How are the ballots cast?

The process is actually largely up to each state and is handled differently in many of them.

What is standard, though, is that each elector must cast a ballot for president and vice president. And then the electors in each state must sign six certificates, which are to be sent accordingly:

One to the President of the U.S. Senate, who is currently Vice President Biden

Two to their own states’ secretaries of state, who will keep one in case of an inquiry by Biden and will hold on to another as a matter of public record

Two to the Archivist of the United States, who will treat them in the same manner as the secretaries of state

How are the votes counted?

From there, Congress – both the House and Senate – must meet at 1 p.m. on Jan. 6 in the House chamber to officially count the votes. Two representatives from both chambers serve as “tellers,” examining the lists of votes submitted by each state and tallying votes.

The states are counted alphabetically, and once the counting is complete, the final results are to be read aloud by Biden. If there are any disputed votes or objections, Congress is tasked with resolving them. This is where the president and vice president are officially elected.

Are electors required to vote for their candidate?

There isn’t real demonstrated legal precedent for preventing an elector from voting for someone other than the person they were elected to vote for – also known as a “faithless elector.” Some states have no legal requirement preventing faithless electors, while others do – but the penalties are usually small, including fines, and generally aren’t enforced.

In fact, there have been only 157 faithless electors in American history, according to FairVote. And nearly half of them were due to the death of a candidate.

Naturally, these potential penalties and whether a state can actually compel electors to vote as they’re supposed to has been the subject of intense debate in recent days. If there is a revolt, election officials could try to remove electors who vote against the winner of their states’ popular votes. And some states have laws allowing for this.

But a U.S. Appeals Court suggested Friday that such efforts might not be constitutional.