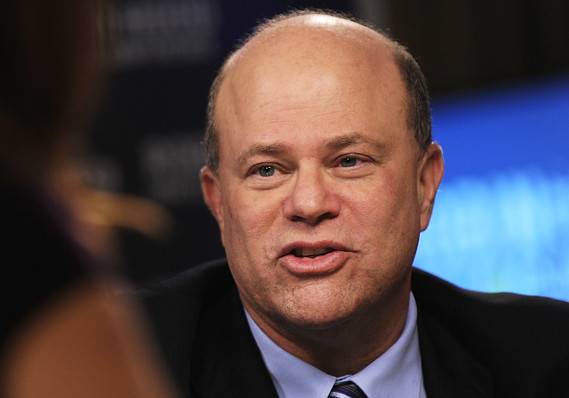 The decision by billionaire hedge-fund manager David Tepper to quit New Jersey for tax-friendly Florida could complicate estimates of how much tax money the struggling state will collect, the head of the Legislature’s nonpartisan research branch warned lawmakers.

Tepper, 58, registered to vote in Florida in October, listing a Miami Beach condominium as his permanent address, and in December filed a court document declaring that he is now a resident of the state. On Jan. 1, he relocated his Appaloosa Management from New Jersey to Florida, which is free of personal-income and estate taxes.

His move has state revenue officials on alert.

“We may be facing an unusual degree of income-tax forecast risk,” Frank Haines, budget and finance officer with the Office of Legislative Services told a Senate committee Tuesday in Trenton.

New Jersey relies on personal income taxes for about 40 percent of its revenue, and less than 1 percent of taxpayers contribute about a third of those collections, according to the legislative services office. A one percent forecasting error in the income-tax estimate can mean a $140 million gap, Haines said.

Tepper lived in New Jersey for more than two decades, initially as an executive at Goldman Sachs Group, where he helped run junk-bond trading during the late 1980s and early 1990s. He founded Appaloosa in 1993 and now has an estimated fortune of $10.6 billion, according to the Bloomberg Billionaires Index. That ranked him as the wealthiest person in New Jersey.

New Jersey residents bear the country’s third-highest tax burden, according to the Tax Foundation in Washington. Along with the nation’s highest property taxes, it’s one of two states that levy both an estate tax on the deceased and an inheritance tax on their heirs. The income-tax rate for top earners is 8.97 percent. Democratic legislators have repeatedly passed a millionaire’s tax that would increase the levy to 10.75 percent, but Republican Governor Chris Christie has vetoed it each time.