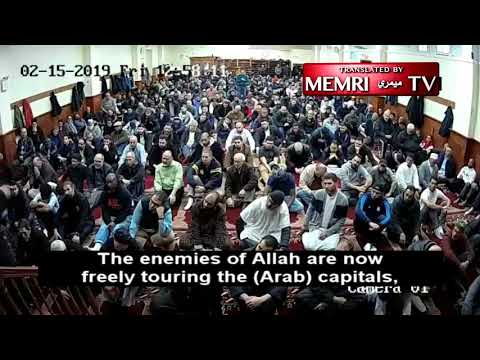 He said the Jews are the vilest people in terms of their nature and moral values and that the “nefarious” Jewish media causes people to see Muslims as “oppressive and predatory lions.” He said that the “enemies of Allah” are ordering heads of state to come to the Knesset, where they sit and “plot against their people, according to what the others want.”

Abouhatab then told his audience that in one of Israel’s wars, former Israeli PM Menachem Begin had once made bets on whether a pregnant woman was carrying a boy or a girl before slitting her belly open to find out.

Abouhatab added: “If faith had taken root in our hearts… we would have imposed the word of Islam upon the world.”