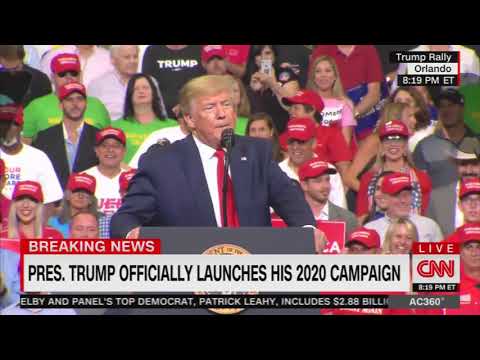 CNN cut away from its coverage of President Trump’s 2020 reelection campaign kickoff Tuesday night shortly after he spurred the crowd to chant “CNN sucks.”

Just minutes into his rally speech Tuesday at the Amway Center in Orlando, Fla., the crowd started chanted “CNN sucks,” a line that has become a staple at Trump campaign events, and CNN cut away from its live broadcast.

“All right. We’ve been watching the president kick off his reelection bid. He’s been on stage for about six minutes. Within two minutes he did talk about the economy, but within four minutes it was attacks on the media,” CNN’s John Berman said.