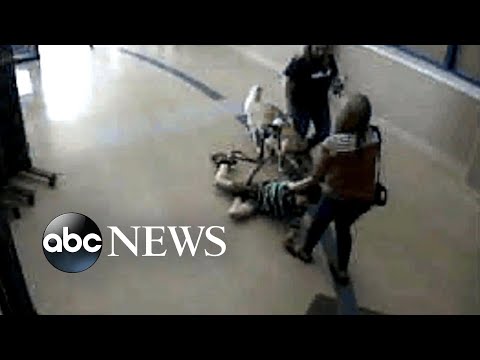 A Kentucky school district fired a teacher after a video showed her dragging a 9-year-old boy with autism through the halls of a school.

Angel Nelson told CNN Monday that her son was removed from a classroom after he had an outburst. Video from the school’s cameras, which Nelson shared on Facebook, appears to show a woman dragging a young boy by the wrists through the school’s hallways. At different points in the video, the boy is either lying on his back or sliding on his knees.