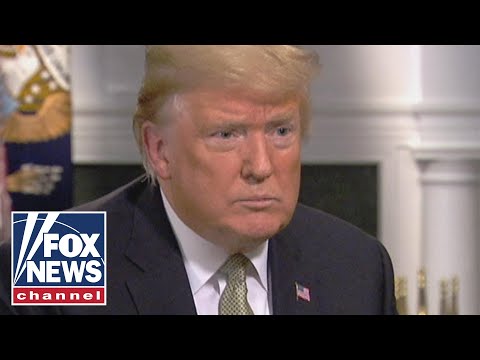 President Trump rejected charges that he had any responsibility for the murderous anti-Semitic attack in Pittsburgh and noted that he had just received a plaque from the prime minister of Israel thanking him for moving the US embassy to Jerusalem.

In an interview with Laura Ingraham on Fox News, Trump added that, along with the fact that his son-in-law Jared Kushner and his daughter Ivanka are Jews, “I just a received an award from the state of Israel from Bibi Netanyahu, thanking me because I moved the embassy to Jerusalem, making Jerusalem the capital of Israel, and I just did that – now, how many presidents said they were going to do it and never did it?”

Ingraham asked Trump how he responds to the journalist who said on CNN that he has “radicalized more people than ISIS.”

“That must be some kind of a sick woman,” he responded.