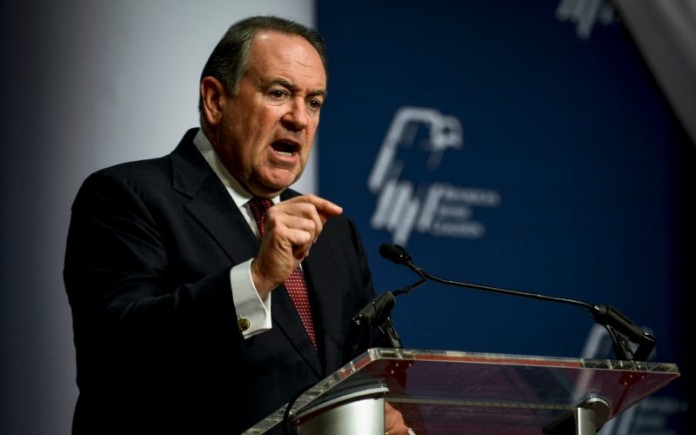 Breitbart reports that during a radio interview with Aaron Klein on Sunday, ex-Arkansas Gov. and former presidential candidate Mike Huckabee warned that if the conservative movement doesn’t get behind Donald Trump, “What they are doing is they are just giving the most flawed Democratic candidate since George McGovern the White House.”

“This would be absurd,” added Huckabee.

Huckabee stated that he doesn’t understand “some of the people in the party, conservative leaders, who feel like that, well, if they didn’t get their guy, they are just going to quit. Well, maybe they will. But Donald Trump, like it or not, has brought people to the Republican party who have never been with us before.”

Huckabee scolded anti-Trump conservatives: “And rather than nitpick everything we don’t like about Donald Trump, what we ought do is say, ‘Thank you, Mr. Trump, for bringing people into the party, broadening the base and giving us the opportunity to take Hillary out.’ Which I think he has the best opportunity to do. And I believe he will win.” Read more at Breitbart.