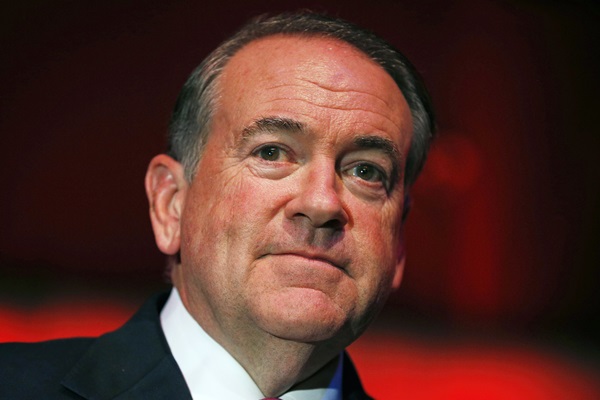 Former Arkansas Gov. Mike Huckabee (R) said he will appear on alongside Fox News host Sean Hannity on Thursday night to “explain” how President Trump “will be eligible for a 3rd term.”

Huckabee claimed Trump’s critics, including former FBI Director James Comey and Democrats in general, as well as the news media and House Democrats’ impeachment inquiry, would make the president eligible to run in the 2024 presidential election. He also said he was “named to head up the 2024 re-election.”

“I’ll be on @seanhannity 2nite @FoxNews at 9pm ET and will explain how @realDonaldTrump will be eligible for a 3rd term due to the illegal attempts by Comey, Dems, and media , et al attempting to oust him as @POTUS so that’s why I was named to head up the 2024 re-election,” Huckabee tweeted.

Trump is constitutionally prohibited from serving a third term under the 22nd Amendment to the Constitution.