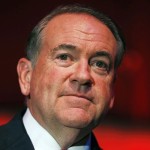 “Tucker, she’s talking about terrorists. I’ll tell you what terrorists do. Terrorists cut people’s heads off, and that’s what they do in the Planned Parenthood clinics.

“If she wants to talk about protecting women, what about protecting the women who thought they were going in for a procedure to remove a mass of tissue, and in fact, a baby with a heartbeat, arms, legs, toes and eyeballs was hacked to death and the parts sold without that woman understanding that she had been exploited, she had been used, and somebody had made money off of her grief?

“If that’s Hillary’s definition of taking care of women, then I certainly hope I’m the one who gets an opportunity to stand on the stage and debate here about a year from now.”

In one of her speeches last week, Clinton brought up “extreme views about women,” a reference to those who oppose abortion and Planned Parenthood. “We expect that from some of the terrorists groups,” she said. “We expect that from people who don’t want to live in the modern world. But it’s a little hard to take coming from Republicans who want to be the president of the United States.”

“Somebody ought to provide the kind of leadership to say, I don’t care what the polls show. This is the mark of a barbarian society. This is not the actions of a civilized people. Civilized people don’t hack other people to death and then sell the parts because there’s money to be made from it.