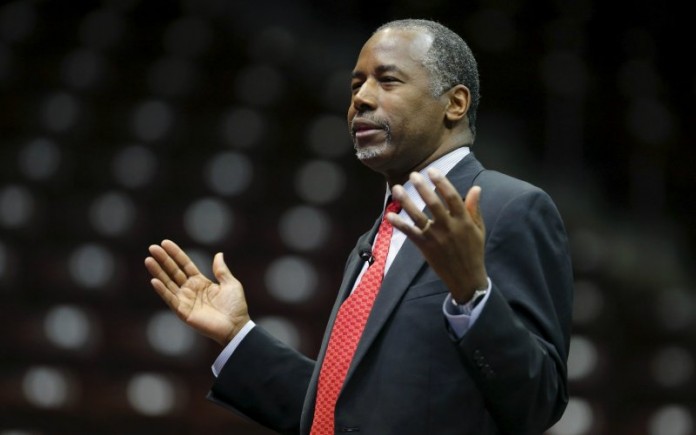 Housing and Urban Development Secretary Ben Carson says he intends to leave his post at the end of President Trump’s first term.

Carson made his remarks in a segment airing Monday evening on Newsmax TV, a conservative news outlet. In his two years leading HUD, Carson has dialed back civil rights enforcement at the agency and suspended Obama-era rules that had been aimed at fighting housing segregation and discrimination.

“I will certainly finish out this term,” Carson said during his interview with Newsmax. But he added that “I would be interested in returning to the private sector because I think you have just as much influence, maybe more, there.”

HUD did not immediately respond to requests for comment.

Trump appointed Carson, a retired neurosurgeon who gained notoriety for his pioneering surgery separating conjoined twins, to lead HUD even though he lacked prior housing, executive or government experience. He ran an unsuccessful bid for president in 2016.

Carson’s two-year tenure as HUD secretary got off to a rocky start, after allowing his son to help organize an agency “listening tour” in Baltimore despite warnings from department lawyers that doing so risked violating federal ethics rules. Ben Carson Jr., a local businessman, and his wife were inviting people with whom they potentially had business dealings, the Post reported at the time.

Carson also came under congressional scrutiny with his lavish efforts to redecorate his office with a $31,000 mahogany dining set.

Carson’s signature EnVision Centers initiative has gone nowhere, without attracting much financial support from either the White House or private foundations. Carson had touted the centers as a way to help low-income families access employment, education and health care. But the concept has existed for decades, with limited success in moving families out of poverty, HUD staffers told The Post.

Carson also drew controversy when his political team, many of whom were inexperienced, sought to triple the minimum rent paid by families receiving federal housing assistance and to make it easier for local housing authorities to impose more-stringent work requirements for those receiving government benefits.

Under the Trump administration, the agency has hired at least two dozen highly paid political appointees without evident housing-policy experience, accounting for a third of the 70 HUD appointees at the upper ranks of the federal government whose salaries top $94,000, according to a Post analysis last year.

Several high-profile appointees who do have deep housing backgrounds have recently resigned. Carson’s former deputy, Pam Patenaude, left after disagreements with other members of the Trump administration over housing policy and the White House’s attempt to block disaster-recovery money for Puerto Rico.

“In his first two years as HUD Secretary, Carson has unfortunately focused either on trivial and ill-conceived initiatives like Envision Centers, or on attempting large-scale harm to low-income residents by proposing budget cuts, rent hikes, work requirements, and suspending important fair housing initiatives,” said Diane Yentel, president and CEO of the National Low Income Housing Coalition. “Let’s hope he spends the next two years instead focused on promoting and expanding real solutions to the housing crisis, starting with pushing for increased funding for HUD’s critical programs.”