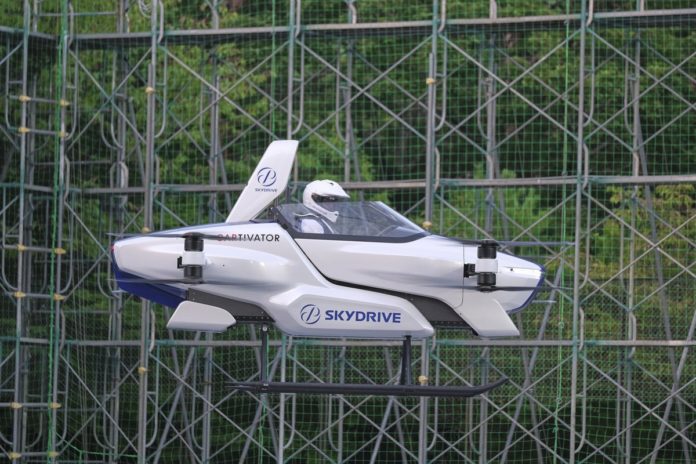 In the 1880s, the first automobile was developed and about two decades later, the Wright brothers in North Carolina invented the first successful airplane. Today, the world is closer to combining those two concepts as a Japanese tech company said it completed a manned test flight of a “flying car.”

The company, SkyDrive, said in a news release on Friday that it had completed a flight test using “the world’s first manned testing machine,” its SD-03 model, an electrical vertical takeoff and landing (eVTOL) vehicle. The flight time was four minutes, the company said.

The aircraft has one seat and operates with eight motors and two propellers on each corner. It lifted about 3 meters (or about 10 feet) into the air and was operated by a pilot, the company said.