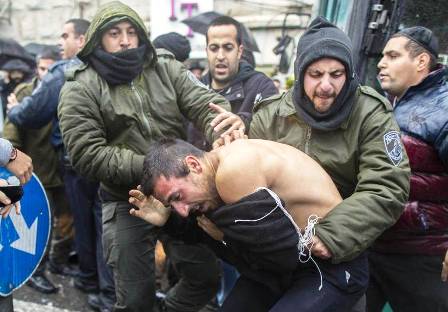 [Video below.] Hundreds gathered today in Kikar HaShabbos in Yerushalayim in protest of the 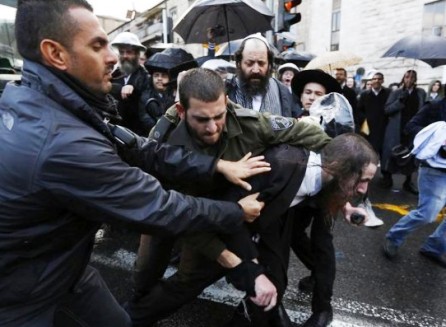 arrest of a 19-year-old yeshiva bochur who was thrown in prison for ignoring his IDF draft notice.

About 500 people were in attendance as police officers ruthlessly dragged protesters away from the scene. Police used water cannons and closed surrounding streets.

The 19-year-old bochur agreed to report to the military induction center for his first mobilization order in August 1012 but has since ignored all other summons. On Tuesday, he was sentenced to 14 days in military prison.

Yesterday, hundreds of bnei yeshiva demonstrated outside Prison 6 in northern Eretz Yisroel where the bochur is being held. The protest received the support of Rav Shmuel Auerbach, rosh yeshiva of Yeshiva Maalos Hatorah in Yerushalayim.

The bochur, named Moshe, is from Kiryat Malachi. He was first arrested by the IDF military police on Sunday night.

Click below for video of today’s protest in Yerushalayim: 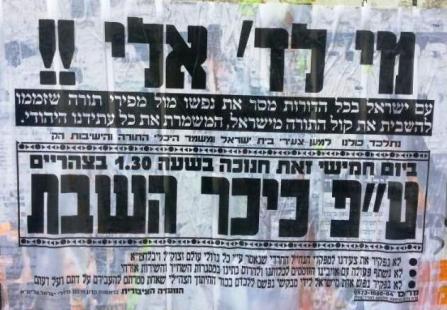