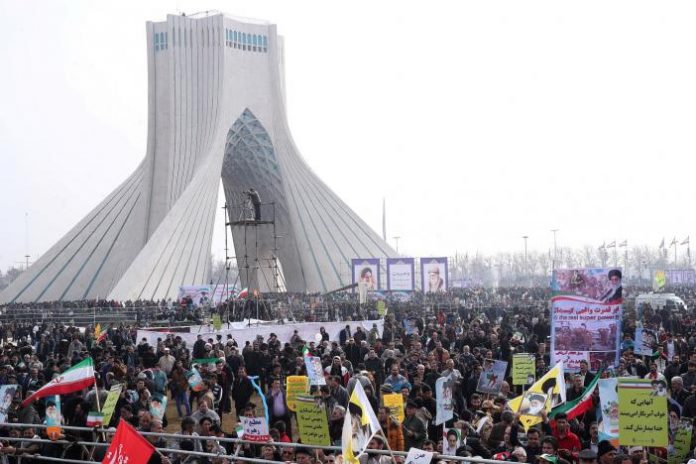 On the anniversary of Iran’s 1979 Islamic Revolution, which toppled the U.S.-backed shah, marchers including hundreds of military personnel and policemen headed towards Tehran’s Azadi (Freedom) Square. They carried “Death to America” banners and effigies of Trump, while a military police band played traditional Iranian revolutionary songs.

State TV showed footage of people stepping on Trump’s picture in a central Tehran street. Marchers carried the Iranian flag and banners saying: “Thanks Mr. Trump for showing the real face of America.” “America and Trump cannot do a thing. We are ready to sacrifice our lives for our leader”, a young Iranian man told state TV in a reference to Supreme Leader Ayatollah Ali Khamenei.