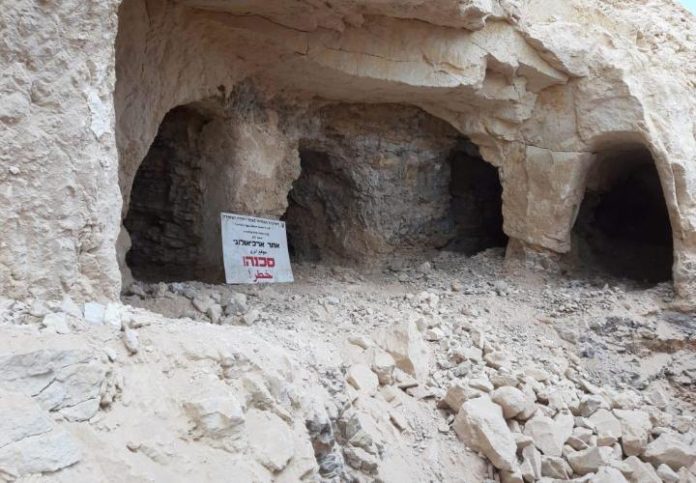 Hundreds of people participated in a levayah Tuesday for hundreds of bones that were discovered in a burial cave near Yericho, dated to the time of the Second Beis Hamikdash. The bones were scattered outside the cave, which had been bulldozed by Arabs who were doing illegal agricultural work.

The cave was found by hikers a few days before Pesach. The hikers were in the area of the Hasmonean Palaces, near Yericho, where they noticed the tractor work being done by Arab laborers in a protected archaeological area. When surveying the damage, the hikers discovered the dug up bones.