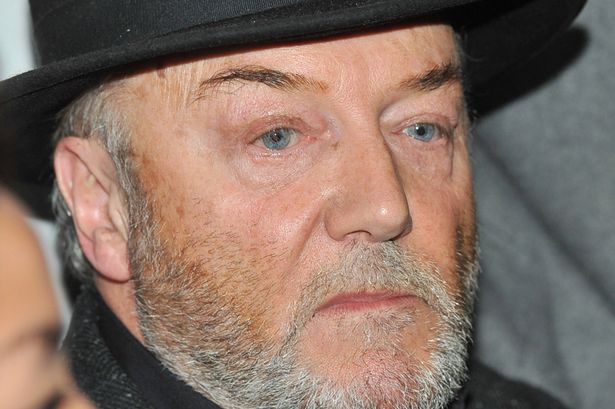 Over a hundred people left the room when UK politician George Galloway, known for his anti-Israel views, took the stage at a rally on Friday to protest Britain’s membership in the European Union.

Audience members shouted, “He’s an antisemite” and walked out of the hall when the Respect Party leader was presented as a surprise guest at the end of the Grassroots Out rally in Westminster, The Huffington Post reported.

Organizers were seen telling security personnel at the rally to “shut the doors,” in fear of a massive walk-out. One man who left the premises told the publication, “[Galloway’s] a despicable person: anti-Israel, supporting terrorist organizations, supporting Hamas, supporting Hezbollah.”

“We need proper people, proper democrats. He won’t do us any good,” one protester added, while another said, “I can’t stand the man.”

The more than 1,500 people who stayed in the hall heard Galloway call for the UK to leave the EU.