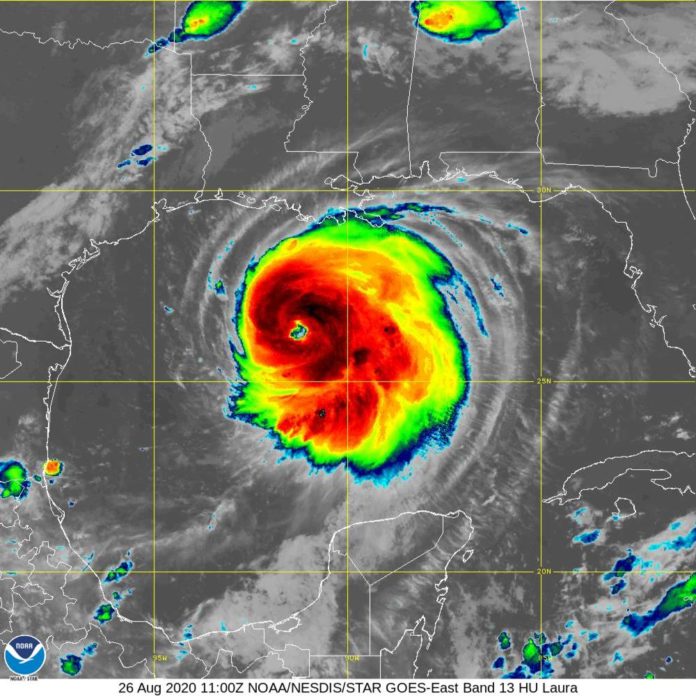 Hurricane Laura took aim late thursday at Arkansas, where an unusual tropical storm warning has been issued for much of the state.

The storm is hitting during the state’s first week back at public school since March. Many schools in the southern half of Arkansas opted to cancel classes Thursday or dismiss early because of the storm.

Arkansas Gov. Asa Hutchinson declared an emergency and set aside $250,000 for the state to prepare for the hurricane’s impact. Hutchinson said the state will have search and rescue teams on standby.

Laura is now a Category 1 hurricane but still blowing hard enough to be deadly. The first reported death, of a girl whose house was hit by a tree, was in Leesburg, Louisiana, more than 100 miles inland from the coast.