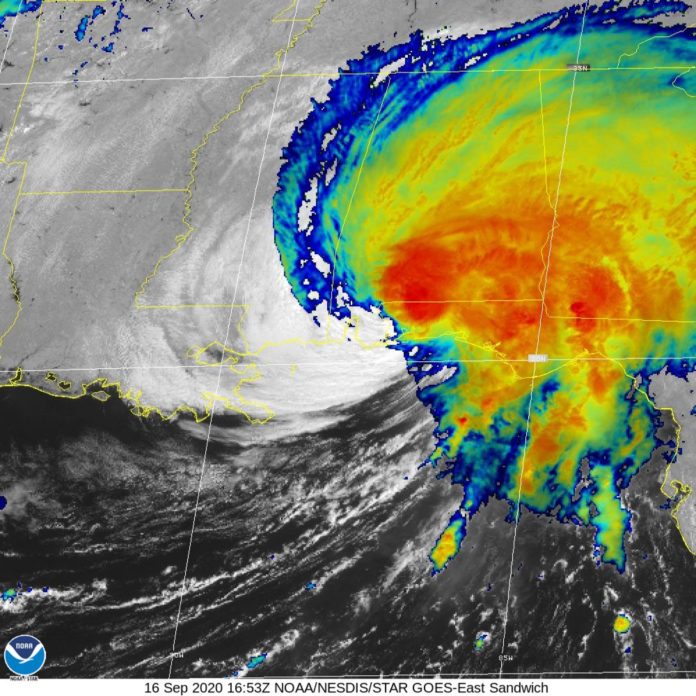 After two days spent spinning less than 150 miles off the coast of Alabama, Florida and Mississippi, Hurricane Sally finally made its move to come ashore Tuesday night, intensifying as it did so. It is now crawling inland near the border of Alabama and Florida, deluging those states. “Catastrophic, historic flooding is unfolding,” warns the National Hurricane Center.

Between 8 p.m. Eastern time and 2 a.m. Wednesday, Sally rapidly strengthened into a strong Category 2 storm, with maximum sustained winds of 105 mph. Its eye struck the coast near Gulf Shores, Ala., at 5:45 a.m. Eastern time, moving northeast at a meager 3 mph.

At 11 a.m. Wednesday, the storm had decreased to a Category 1 with 80 mph winds, but the threat from extreme rainfall was unchanged.

The storm’s slow forward speed significantly heightens its damage potential, due to both heavy rainfall and surge.

While it was in its Gulf of Mexico holding pattern, Sally picked up tremendous amounts of moisture from the deep, warm waters, which are now wringing out in the form of extremely heavy rainfall. Early Wednesday, flash-flood emergencies — the most urgent, rarely used flash flood-related alerts — were issued for Pensacola, Fla., and nearby areas.