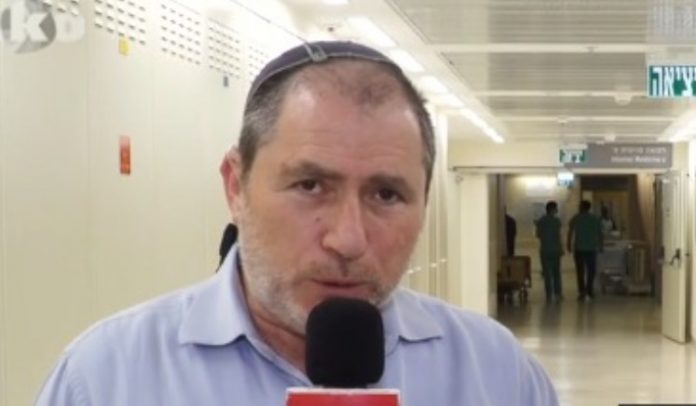 Amichai and Shira Ish-Ran, who were both wounded in a terrorist shooting attack on Sunday, met for the first time since the attack Sunday afternoon.

Shira’s father, Chaim Silverstein, said that the family had not yet told her about the critical condition of her baby, who was delivered nearly two months early following the attack. She has asked about the child.

Silverstein added, “The baby’s condition has not changed since yesterday. His life is still in danger and he is fighting for it, a small baby who was born prematurely along with a great trauma, and he started his life in a very difficult situation and we pray that he will survive.”