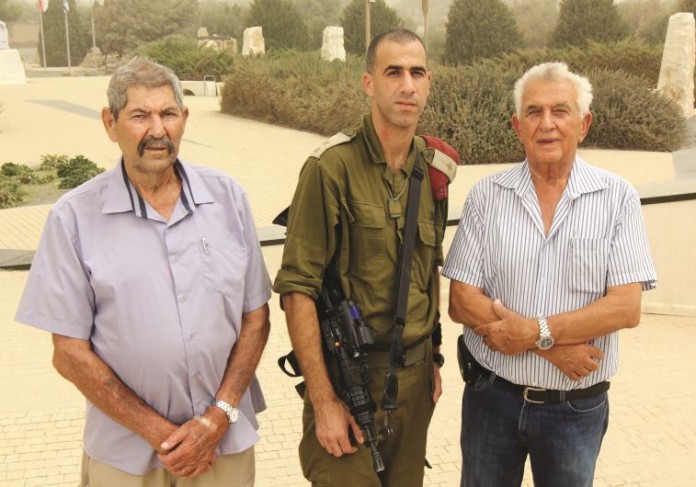 Lt. Col. Eliav Elbaz, an IDF battalion commander stationed on Israel’s border with Lebanon, told Channel 2 on Wednesday that Hizbullah was “obsessively gathering [information] about everything happening here, everything our security forces [are doing].”

“Right now they’re up to their necks in the war in Syria, but we still see them walking around” and scouting the Israeli positions, TOI reports.

Meanwhile, there is increasing concern among Israeli defense analysts that Hizbullah is gaining valuable battlefield experience in Syria, especially when it comes to large-scale, coordinated offensive operations, something the Shi’ite militia had little knowledge of before. Hizbullah has been in the vanguard of large assaults on Syrian rebels. “Syria is a dress rehearsal for our next war with Israel,” a Hizbullah special forces commander told VOA.

“Hizbullah has become more proficient at mass force maneuvers and of tying together different battle groups – and leveraging all of that with the lessons it learned from the war with Israel in 2006, especially when it comes to defeating armor,” says Aram Nerguizian, a Mideast analyst with the Center for Strategic and International Studies.

“Yes, it [Hizbullah] has taken greater losses in this conflict than it has in all the wars against Israel,” says Matthew Levitt, director of the Stein Program on Counterterrorism and Intelligence at the Washington Institute for Near East Policy. “But overall it is seeing higher recruitment levels and more people being drawn to the cause.” “The Islamic State has been a saving grace for Hizbullah’s recruitment efforts….Hizbullah is seen as the only one capable of defending Shi’ites from the onslaught of the radical Sunnis.”