On Monday morning, IDF soldiers helped a Palestinian woman give birth to a baby inside a military ambulance. The woman, who lives in the Jordan Valley, called for medical assistance around 2 am. An IDF medical crew, consisting of a paramedic, three medics, and the Deputy Commander of the Valley Brigade, Lt. Col. Shalom Eisner, were called to the area. Since the area was unreachable by ambulance, the woman was brought to the vehicle on a stretcher, and during the drive on Route 90 prematurely began to give birth.

The paramedic, Sgt. Gilad Nesher, began delivering the baby; a difficult procedure considering there was no birthing equipment in the ambulance. The situation was further complicated by the baby initially not breathing. However, after intensive CPR the baby began breathing independently.

The mother and child were taken in an IDF helicopter from the 669 Search and Rescue Unit to the Hadassa Ein-Kerem Hospital and are currently resting there.

Says Sgt. Nesher of the incident:

“I just reacted to the situation as any human being would. The woman only spoke Arabic, so I couldn’t ask her how far along she was in her pregnancy, how she was feeling. We only had a few minutes between when she got into the ambulance and when she went into labor. The birth was such an unexpected and high pressure situation, and I had never delivered a baby before. But from what I’ve heard, both the baby and mother are doing okay at the hospital.” 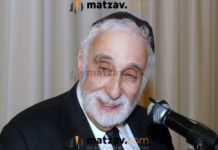 Study: Most Coronavirus Patients On Ventilators Died, 57% Has Underlying Conditions