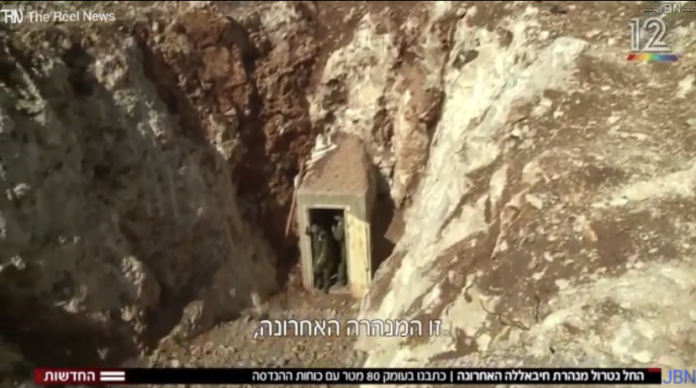 The IDF has located the largest known tunnel ever dug by the Lebanese terrorist group Hezbollah into Israeli territory, it was announced on Wednesday.

The Hebrew news site Mako reported that the tunnel was of massive size — 80 meters (262 feet) deep and 77 meters (253 feet) long. It originated in the village of Ramyeh in southern Lebanon and was apparently planned to end between the Israeli towns of Shtula and Zar’it in northern Israel.

The tunnel was exposed during Operation Northern Shield last winter, in which the IDF located and destroyed multiple tunnels dug by Hezbollah. It is scheduled to be demolished over the next few days.

Like the others, the latest tunnel was extremely elaborate, with fully-functioning electrical and ventilation systems, allowing around-the-clock work to continue.

Colonel Roi Levi of the IDF’s Brigade 300 said, “We are neutralizing the flagship tunnel of the terror organization Hezbollah.”

“Throughout the entire operation, before and after, the residents of the north have given us a tailwind and genuine partnership,” he added.

An army source stated that the purpose of the tunnel was to facilitate the capture of a northern Israeli community, something Hezbollah has threatened to do for years.

The IDF now believes there are no more Hezbollah tunnels that have yet to be discovered.