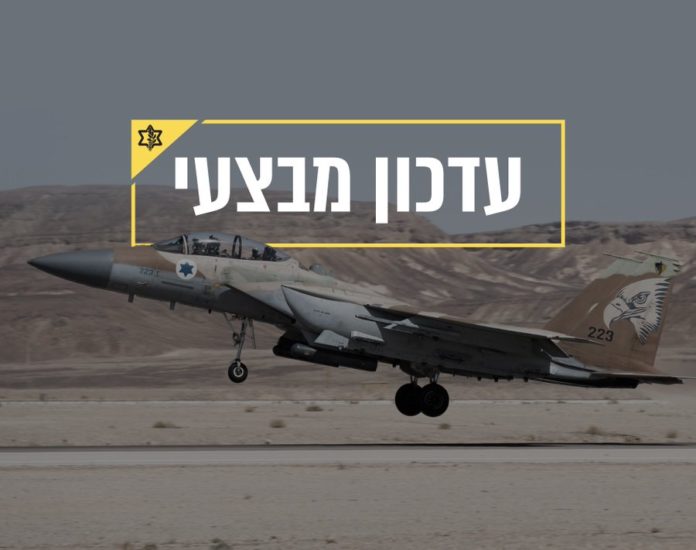 The strikes, launched a short while ago, came in retaliation for an earlier attack thwarted on Israel’s north border, which saw four terrorists killed as they approached the security barrier with firearms and explosives.

Additional bombs were found on the site later on during a subsequent investigation.