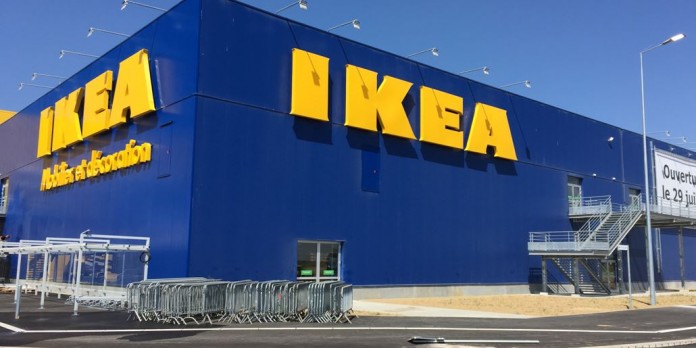 The Swedish furniture giant Ikea has refunded just a fraction of the millions of pieces of furniture recalled after toddlers were killed, it announced on Tuesday.

More than a year after its initial recall announcement, the company disclosed that it had refunded or provided service to secure about a million of the estimated 17 million pieces of furniture that it said were at risk of tipping over. Ikea again offered to refund or provide wall-anchoring kits for the dressers or chests covered by the recall. It cautioned that it did not know how many customers had secured the dressers on their own, or how many exactly were still in use.

The recall, which applies to customers in the United States and Canada, includes the company’s Malm dressers and chests, as well as other furniture lines that were not compliant with the voluntary industry safety standard in the United States before the recall was announced in 2016. Ikea has since brought its furniture up to the level of the standards.

Customers can contact Ikea for a free wall-mounting kit. The company is also offering to send crews to help attach them in homes.

But the disclosure last month that an eighth child, 2-year-old Jozef Dudek, died from one of the recalled furniture pieces in May – nearly a year after the recall was announced – has raised questions about how effective the campaign has been.

Alan Feldman, a lawyer who is representing Jozef’s family, said that they never knew about the recall.

“The recall is not only not effective, I don’t think Ikea is even doing the minimum necessary to do an effective recall,” he said in a phone interview. “This is too little, too late. They put an unsafe product in American homes.”

Feldman said the family was part of a buyer’s programand had received mailers about sales and promotions from the company, but they had never received notice of the recall. The family is planning to sue.

Jozef’s death mirrors those of three other boys, all about 2 years old, who died after being crushed by toppled Malm dressers. The families of the three boys, who were also represented by Feldman, won a $50 million settlement from the company in late 2016.

Jackie Collas, the mother of one of the children included in the lawsuit, recounted the horror of finding her son, Curren, under an Ikea chest in February 2014.

“The only way that I can explain it was that my heart was being ripped out of my body,” she described in a blog entry afterward.

At least eight children under the age of 3 have been killed when an Ikea dresser fell on them, according to the federal Consumer Product Safety Commission (CPSC). Besides the first death, which occurred 28 years ago, the rest all occurred after 2002.

Ikea said it was spurred to get out word of the recall offer again on Tuesday because of the latest death.

“The most recent incident has indicated to us that there is more work to be done in spreading the message,” the company said in an emailed statement, noting that its outreach to customers has included advertisements aired in television, on social and digital media and in print, as well as emails to more than 13 million consumers.

“However, there is still more work to be done, which is why we are re-announcing the recall,” it said. The company continues to offer refunds for customers with the recalled dressers and furniture, all produced before 2016, or free wall-anchoring kits and help securing the dressers to the wall.

The company revised the total number of furniture pieces in the recall to 17 million from 29 million on Tuesday, saying some of those were not meant to be recalled. It does not have an exact figure for the amount of those dressers are still in use today, a spokeswoman said.

Patty Davis, the press secretary of the CPSC, said in an interview that it was still important to get the word out about the recall.

“We are concerned that these recalled Ikea chests and dressers remain in homes across the United states,” she said.

According to the CPSC, at least 97 children died from furniture that tipped over between 2000 to 2015.